Virpazar is an interesting stopping-off point in Montenegro for a number of reasons. Nearly 1300 people live in this sleepy little city, which lies on the northern tip of the large Lake Skadar (Skadarsko Jezero). Lake Skadar is a National Park unto itself, and because Virpazar is the largest town on the lake, it may be a safe place to base your excursions in the area.

Along Beside the Water From Virpazar to Rijeka Crnojevica - Montenegro.com
Published: Wednesday 08th of September 2004 Updated: Wednesday 07th of July 2021

Virpazar is an interesting stopping-off point in Montenegro for a number of reasons.  Nearly 1300 people live in this sleepy little city, which lies on the northern tip of the large Lake Skadar (Skadarsko Jezero).  Lake  Skadar is a National Park unto itself, and because Virpazar is the largest town on the lake, it may be a safe place to base your excursions in the area.

To the south of Virpazar, many houses dot the sides of the mountains that surround Lake  Skadar, and each is distinct in that it has a single grapevine climbing up its front wall.  Locals in the area of Virpazar use grapes harvested from these vines to make the local brandy, called Rakija.

A small stone bridge and a fountain that provides cool water to travelers are really the only distinguishing landmarks in Virpazar, other than its location along the shores of a beautiful lake and National Park, Lake Skadar.

Now, if you left Virpazar and traveled along a narrow, winding road that has its banks overgrown with weeds and wildflowers, you will find a “trail” of sorts that leads you to Rijeka Crnojevica, a hidden gem in the mountains on your way back to the sea from Lake Skadar.  After leaving Virpazar, look for a hand-written signpost, which is difficult to find, which indicates the road to Rijeka Crnojevica.

After ten minutes of driving through dense woodlands without another car or person insight, you will realize that this is the perfect road for cyclists who want to enjoy a beautiful route to what really is an amazing little village, Rijeka Crnojevica.  The road will begin to widen as you climb the mountain’s steep slopes until you round a bend and see a little village on the banks of a tranquil mountain lake.

The beautiful stone houses of Rijeka Crnojevica are covered at times with grapevines and nearby fields are planted with them to form picturesque vineyards in this little village, seemingly stolen from heaven.  An antique stone bridge, built by King Danilo in 1853 to provide a vital crossing for the region’s principal trade route, crosses the small stream that runs near Rijeka Crnojevica and feeds its small lake.

Local residents that we encountered seemed to be happily tending to their chores, feeding their animals, and tending their vines, and after speaking with some of them, we determined that there was more to Rijeka Crnojevica than meets the eye.

Travelers have come back to us with ecstatic stories about their time in Rijeka Crnojevica, and the town offers some interesting food and activities, including taking a swim in Rijeka Crnojevica’s lake or paddling its waters in a canoe.  Fish are abundant and for fishermen, this lake provides one of the region’s best opportunities to snag some supper!

Hikers often make the trek from Rijeka Crnojevica and descend the mountain to Virpazar on foot, although consult local guides before doing so because the weather on the mountain can change suddenly.

Rijeka Crnojevica was the local capital during medieval times and after visiting this stunning little jewel in the mountains above Virpazar and Lake Skadar, it becomes apparent why the town has existed and flourished among natural beauty for hundreds of years! 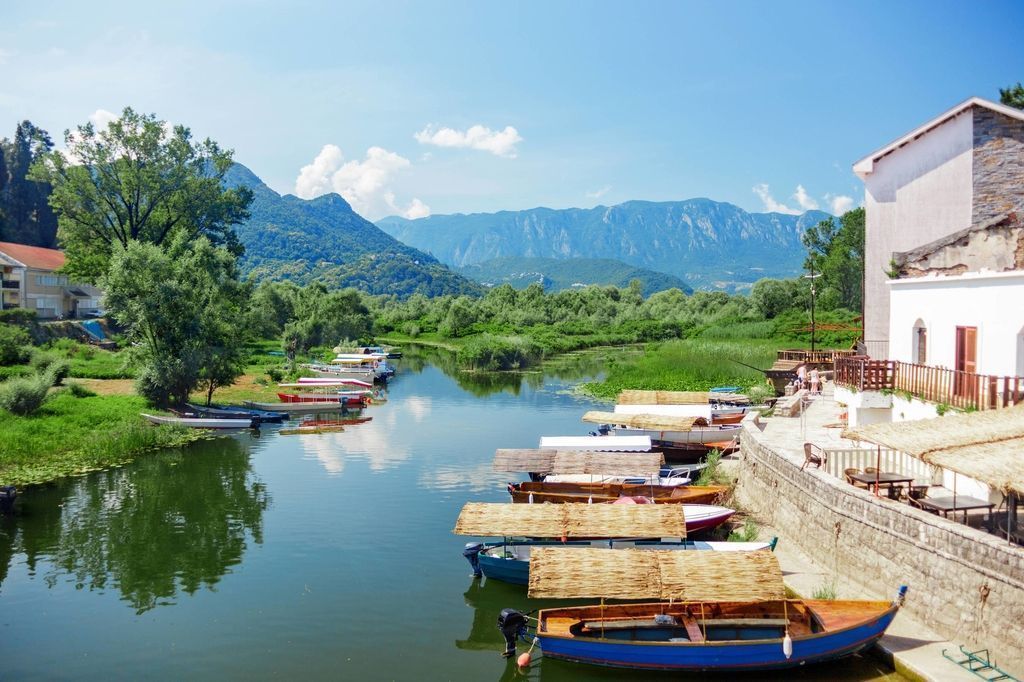