Viewed from above—either from a plane, a paraglider or even a postcard—the Old Town of Budva has the structure of a coherent Medeival urban entity, and this town is just that. 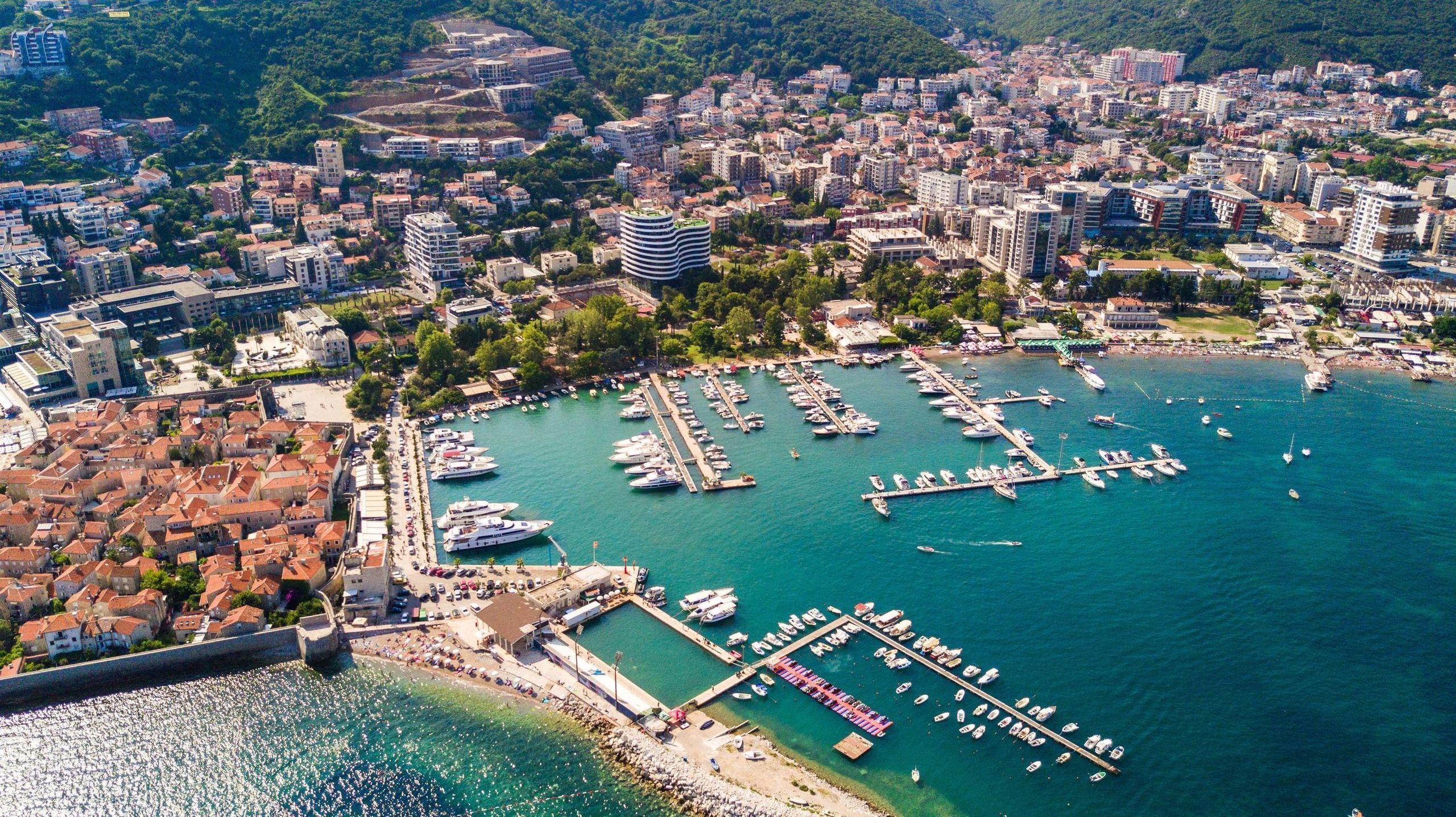 Viewed from above—either from a plane, a paraglider or even a postcard—the Old Town of Budva has the structure of a coherent Medeival urban entity, and this town is just that.

Budva’s history is long; told from the beginning, the story goes like this:
Budva is mentioned in history as far back as the 4th century BCE as the Greek colony Butua/Budoe.

This city was the plunder for Saracens in 841 and 865 AD when it was a part of Diocletian’s Prevalitana province, acting as a bordering city between the East and West of the Roman Empire. Budva became the site of the Bishops of Doclea in 886 AD and in 1089 came under the rule of the Archbishop of Bar.

At the end of the 12th century, the Nemanjics of Serbia gained control of Budva. Giving the town its declaration of freedom, the Nemanjics ruled from 1346-1372. In 1360, the Principality of Zeta made Budva their main port for warships and handed it over to the Duke of Bosnia, Sandalj Hranic, who held control from 1396-1398. In 1455, Budva came under the rule of the Venetian Republic, ending its time as a free republic.

In 1569, Budva was conquered by the Turks, and two years later, in 1571, the city was burned down by the Ulcinj pirate, Uludy Ali. The city was retaken by the Venetian Republic and in 1639, they built a new town fortification—the new construction was so advanced that it withstood several attacks from Soliman, Pasha, and Skadar.

In 1667, the Adriatic was hit by an earthquake that rocked Dubrovnik, Kotor, and Perast as well as damaging Budva.
Budva remained under Venetian rule until the fall of the Venetian Republic in 1797.

It remained without rule until the Austro-Hungarian Empire took control of the city from 1815 to 1918. During this time, all of the town’s fortifications were updated and rebuilt.

Budva is the birthplace of writer and patriot Stevan Mirov Ljubisa, a significant historical figure in the history of Montenegro and Boka Kotorska Bay. Ljubisa was a well-known 29th-century politician and served as a representative of the people in the Dalmatian parliament during the Austro-Hungarian rule.

Two sides of the ancient fortification face the marine blue of the open sea. Looking down from atop these great stone walls the city’s architectural harmony is revealed through the narrow and often dead-end streets, small squares, church complexes, and private gardens.

Budva is also a dynamic city, filled with people at all times. Walking through the Land Gate of Old Town and stepping onto the main street is a walk through tourist territory into the hustle and bustle of a lively town and through a piece of history and culture!

The 15th-century fortification walls not only surround the city but also protect its cultural and historical gems—St. John’s church (built in the 8th century and rebuilt in the 17th century), St.

Sava Church, the Church of St. Marija in Punta, and the Holy Trinity Church.
Near Old Town is an archaeological site producing objects from the Illyrian, Greek, and Roman rules of the area.

Rising above the town on the south side is the 9th century AD Citadel which was used to protect Budva from the sea. The Church of St.

Maria de Castello from the mid-12th-century one stood inside this tower. After the earthquake of 1979, archaeologists also recovered the remains of a 6th-century Christian basilica in the vicinity of the Citadel.

Budva is a city blessed with many natural beaches. Just beneath the town walls lies the city beach, Ricardova glava. Two hundred meters west of Old Town lies the pebbled beach of Mogren, which is said to the most beautiful in Montenegro. The beach is around 800 meters long and is separated into two beaches by a natural crag. These beaches are connected by manmade tunnels and narrow paths. East of town lies the largest and best-known beach, Slovenska Plaza, which is 1600 meters long. Additionally, Budva is home to the beach at Jaz as well as several beaches along the St. Stefan peninsula.

In addition to its beautiful beaches, Budva and the surrounding area is home to many monasteries and churches. Podlastva Monastery of 1350, Podostrog-Podmaine—which was rebuilt in 1630 and served as the summer residence of the ruling family of Montenegro, Duljevo Monastery of the 14th century, Praskvica from 1050 but filled with 17th-century frescoes, Rezevici of 1226, Gradist Monastery from 1116, and Stanjevic Monastery from 1736—home to Serbian writer and educator Dositej Obradovic;

also known for bringing the potato plant to Serbia. These are only a few of the many religious institutions to be visited in the area and most are easy to find, as they are located on the main highway going from Lastva Grbaljska to Buljarica.
As a modern city, Budva boasts several art galleries, a local television and radio station, museums, local craft shops, and many with global trademarks as well. As far as tourism goes, Budva is the “capital city” of Montenegro.