Two fish-catching each other by the tail. It would be an appropriate symbol for many Mediterranean towns along the Adriatic. But it is Budva that holds the exclusive right to this mythological image, making use of it throughout the town, and even on souvenirs. 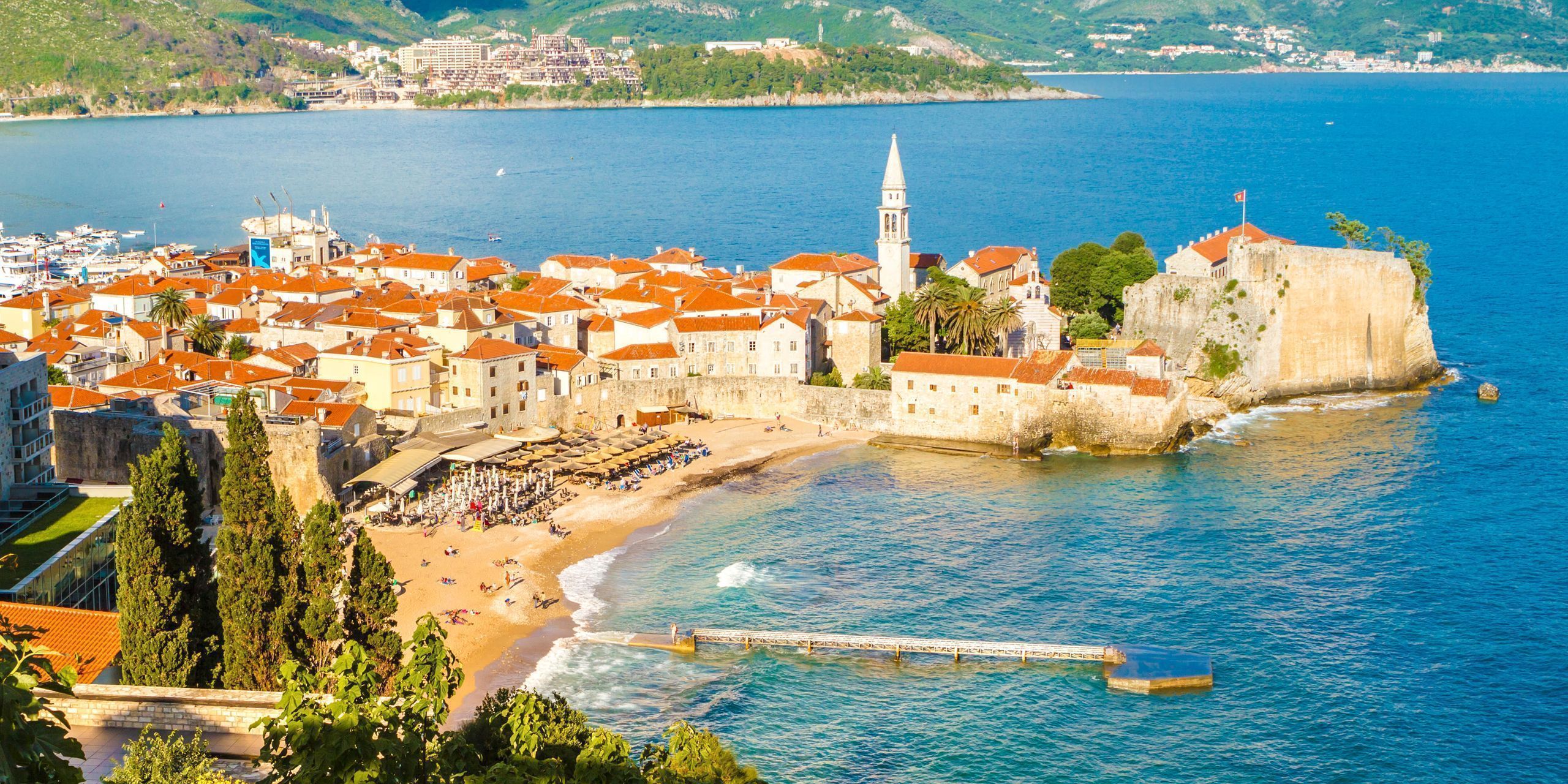 Two fish-catching each other by the tail. It would be an appropriate symbol for many Mediterranean towns along the Adriatic. But it is Budva that holds the exclusive right to this mythological image, making use of it throughout the town, and even on souvenirs.

Legend says that Budva was founded by Cadmus, one of the three sons of the Phoenician king, Agenor. When Cadmus failed to retrieve his sister, Europa, who was kidnapped by Zeus, he was instructed by the Gods to build the city of Thebes.

Banished from Thebes along with his wife, Harmonia, Cadmus built Budva, known in history as Butua and Budoe. A curse from the Gods, however, turned Cadmus into a dragon while out on the sea, causing him and his wife to drown together—the pair turned into fishes, holding each other by the tail to stay together, and their story lives on today for locals, through stories and for tourists, through souvenirs.

But whether the founding of this town lays in myth or not, the real thing is still the oldest town on the Adriatic.

Budva is mentioned for the first time in the 4th century BCE. Once a peninsula, Budva has today firmly grasped its place on the mainland. Stone houses and churches with narrow, paved, and stone streets underfoot are surrounded by private gardens and guarded by the ancient fortification walls that give this small town a Medieval Mediterranean look.

From these walls, one can gaze off into the endless marine blue of the open sea decorated with pebbled beaches and the islet of St. Nicholas, the largest islet on the Montenegrin coast. In the distance, you can see the silhouette of the luxurious town-hotel at the St. Stefan peninsula, an important part of the backdrop to this picturesque town.

Budva’s rich Greek and Roman history is well-preserved at the town’s Municipal Museum, and influences from Greece, Rome, Serbian countries, the Byzantine Empire, the Venetian Republic, and the Austro-Hungarian Empire can be seen throughout the town.

But this town is much more than a historical landmark. The newest parts of Budva are littered with fabulous pebbled beaches, luxurious hotels, beautiful villas, renowned restaurants serving fish and local cuisine, gorgeous Mediterranean vegetation, services and shops, craftworks, exclusive boutiques, perfumeries, souvenir shops, nightclubs by the sea, and many other tourist attractions. Budva has it all: peaceful neighborhoods and red carpet celebrities, and the young especially love this town for its feeling of freedom from everyday restrictions—fun in the sun, a casual kiss at the town’s wall, or a walk on the Mogren beach.

Luxurious yachts are docked only 10 meters from the walls of Old Town at Pizani, the town’s quay. During the summer and winter, these yachts provide an excellent backdrop for photography. And when the sun sets, this picture gains a whole new dimension as the local fishermen come in with the day’s catch.

The town’s tourist industry has a capacity for more than 100,000 tourists at a time, who are looking for an urban summer holiday in luxurious, small, family hotels or in apartments and rooms for rent. The summer season starts here each June with the Pjesma Mediterana, or Mediterranean Song Festival. World-renowned performers have come to Budva to perform at this time of year, including the Rolling Stones, Madonna, and Lenny Kravitz.

Apart from music festivals, Budva also offers theatrical plays and symphonies on the open stage inside the Old Town at Grad Teatar, the Budva City Theater. In addition, writers from across Montenegro and the world are presented at Trg pjersnika—the Poet’s Square.

The crowning jewel of Budva’s popularity is that the town experiences sun more than 270 days of the year and its summer season lasts from May to October. It is all of these features that make Budva the most visited town on the Montenegro coast.