This old urban town is protected from the east by fortification walls up to 20 meters in height, from the west by the sea, from the North by the short, but fierce river Škurda and from the south by the underwater spring Gurdić.
And from the sky, within an area shaped like a triangle, the urban core of Kotor is more than just a rectangular network of streets produced by Roman urban architecture. It is a unique maze of streets, turning and ending in places where no one would ever expect.

The locals in Kotor make the best guides through the town and most have a thorough understanding of English, Italian and even Russian and they will be able to explain the shortest and least confusing methods of reaching the main Arms Square or the steps leading up 260 m above sea level to the fortification walls.

If you are traveling with a group on an organized tour, you’ll find the excursion to be short, so buy a town map on your way in and if you have time, try to get lost and explore the town.

The most useful way to get to know this town in a limited time is to walk through its squares and visit its baroque stone palaces.
There are three entrances to Kotor—the west gate, known as the Sea Gate, is the main entrance. This gate was originally1 meter high when it was built in 1555. However, it has sunk over time due to earthquakes—once in 1667 and other again in 1979.

When you first enter the town through the main gate, you will notice a late 15th-century relief of the Virgin Mary flanked with the town’s patron saint, St. Typhoon, who is always shown with a model of Kotor in his hands, and St. Bernardo of Siena, standing as protector of sailors and all in contact with the sea. The focal point of the town is the Clock Tower, which was erected in 1602 as well as the ornate pyramid just in front of the tower that once served as the pillory. From the main Arms Square, four streets lead into the urban maze of Old Kotor.

To the far left of the Clock Tower, you will find the Citadel Bastion. The passage along the fortification walls lead to the South Gate, built in the 12th century. From here, the views of the town and the harbor are both breathtaking and ideal for photography.

On the left side of the main square, you will find the first and only turn in the streets leading out from the square and this street leads into the core of Old Kotor, to the Orthodox Square of St. Luke, where you will find a 12th-century church dedicated to the same saint. Standing as St. Luke’s backdrop is the larger, but a younger church of St. Nikola, also Orthodox. From the square, the street continues to another, a smaller square dominated by the Church of St. Mary of the River. Just behind this church, you find the oldest pharmacy in the Balkans, erected in the 14th century, and the steps leading up to the fortification walls.

However, this is not the only route you can take to explore the city. If you fare right from the Arms Square, you can follow a short street between the Bizanti and Beskuća palaces, both erected in the 17th century, to reach the Flour Square.

On the right of the square is the beautiful Pima palace and just around the corner, you will find the Cathedral Square, named for the Cathedral dedicated to the patron saint of Kotor, St. Typhoon, which was erected here in 1166. From here, tourists rarely venture further into the maze but instead turn left towards the baroque palace, Grgurina, home to the Maritime Museum.

The museum focuses on the development of seafaring in the Gulf of Kotor and the cultural progress of the region. For those who would rather sail into this nautical paradise, set sail for 42°25`29.86``N, 18°46`18.16``E.
Aside from these entries into the maze of Kotor, there are many shortcuts, passages, streets, and turns used by locals that tourists rarely see much less experience.

While you are in Kotor, you must see and visit the Maritime Museum, the Cathedral of St. Typhoon and its treasury, the Churches of St. Nikola and St. Luke, Citadel Bastion, the South Gate, the fortification walls on St. John’s hill, and the Church of the Lady of Health, which rests halfway up the hill.

If you are interested in testing out local food, the town’s green market is the ideal place to do so. Here you can purchase local products like cheese, olive oil, olive salads, wine rakija as well as fresh fish, fruit, and vegetables. It is best to visit the market on Saturdays, though it is open every day. No trip to Kotor would be complete without trying the local cuisine.

However, if you’re interested in the real, non-tourist parts of Kotor, you should visit Salad Square or Wood Square. It is here that you will see laundry drying on windows and other simple, everyday activities of the local people.

Kotor is also home to numerous cafés, bars, restaurants, and pubs. The nightlife is very rich all around the town, especially at the fortress Citadel, where a modern disco club opened recently.

While some dance the night away, fishermen spend their evenings counting their catch next to anchor mega yachts. Kotor is a top tourist destination but its residents live a normal working man’s life—they catch fish, make wine and pick olives from nearby olive trees.
From the main marina in Kotor, boats take tourists on tours to different destinations and to weekend resorts in Montenegro. 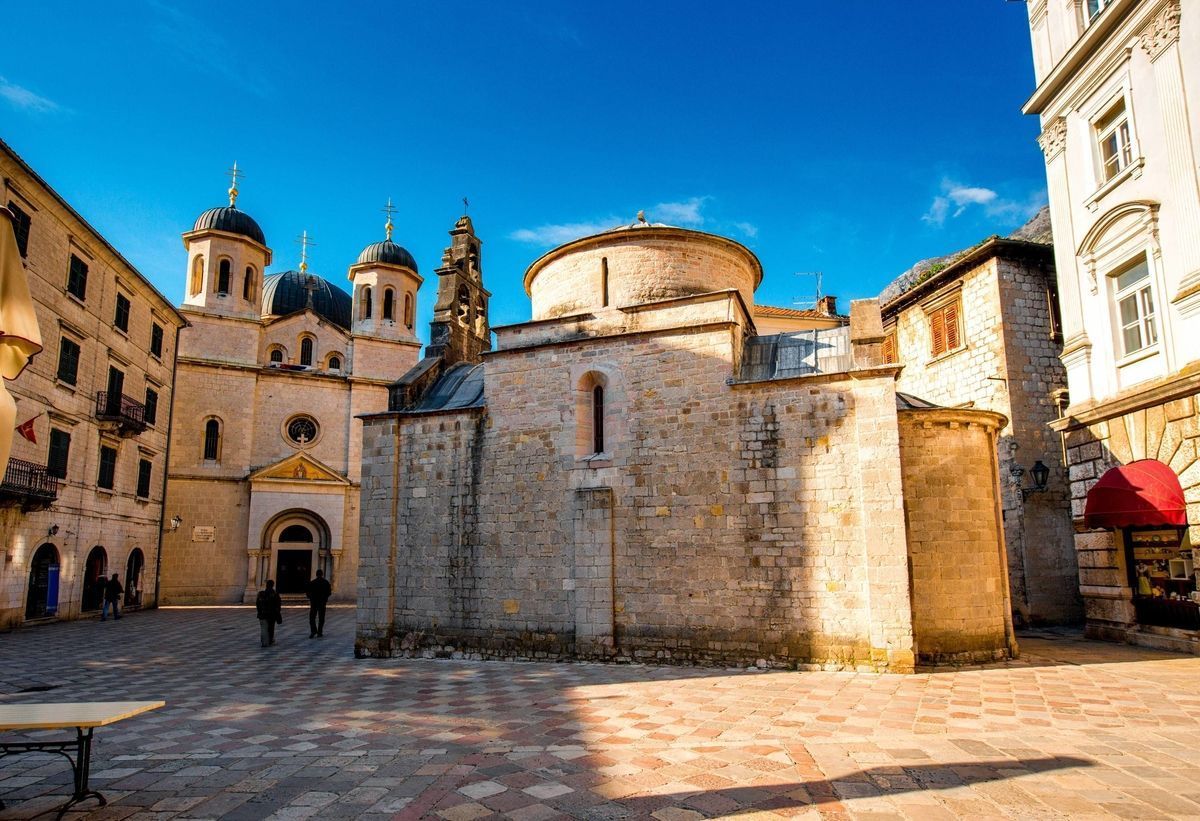 Just uphill from Kotor is the village of Njeguši, the birthplace of all Montenegrin rulers, as well as the royal town of Cetinje.