Coordinates, 42° 27' 55" N, 18° 41' 9" E Lepetane is a small place on the Vrmac peninsula, between Kotor and Tivat, and the most narrow part of Boka Bay. For more than a century, Lepetane has been connected with the other side of the shore, Kamenari, by regular ferry lines. Verige passage is 2.4 km long and around 350m wide, the distance that modern ferries cross in 10 minutes.

Coordinates, 42° 27' 55" N, 18° 41' 9" E Lepetane is a small place on the Vrmac peninsula, between Kotor and Tivat, and the most narrow part of Boka Bay. For more than a century, Lepetane has been connected with the other side of the shore, Kamenari, by regular ferry lines. Verige passage is 2.4 km long and around 350m wide, the distance that modern ferries cross in 10 minutes.

According to one romantic story, Lepetane got its name from the word "le putane," which means 'promiscuous women' in Italian. Captains from Dobrota, Kotor, and Prcanj built houses in Lepetani to have places to visit their girlfriends without their jealous wives ever finding out.

According to the second version, Lepetani got its name from the Perast family Lepetani, which owned the land. The place is now called Lepetani, not Lepetane.

Either way, the place is mentioned in XV. century according to archives of the Saint Lovrijenac church.

During the summer months, ferries dock in Lepetani every single minute.

Towards the Tivat side, the most picturesque is the Opatovo beach. It is located right across the St. Nedjelja narrow pass - from the Herceg Novi side. There are lighthouses on both capes. The light beaming from St. Nedjelja flashes red, and the one from Opatovo lights up green, signaling boats passing by. The signaling is essential for the safety of frequent maritime daily traffic.

The most attractive sights on the water are large cruise liner ships passing by small coastal villages and towns.

On the right side of Lepetane village, there are many secluded beaches. Those sandy beaches are small, beautiful medallions! The crown jewel of them all is situated on the most narrow part of the canal, on the Lady of Angel's cape, with the spectacular view of Perast. Perast is a small town from the middle ages, first mentioned in 1336. as a small fishing village.

The scripts of Lady of Angel church from 1526. mention the place several times. The locals built the defensive wall around the village in 1585. to defend themselves from the pirates and Turks.

Since Turks occupied Herceg Novi in 1482, the Venetian territory in Kotor bay was often the target of the attacks by the Turks. Since 1585. Our Lady of the Angels church was a fortress that guarded and protected the territory day and night. Today, the church is in ruins, but even as is, it is simply a fascinating structure, and it is a popular photo attraction for travelers on cruise ships passing by.

The church of Our Lady of the Snows was destroyed during the Turkish siege of Perast in 1654.

Until this day, there are still visible remains of the Lady of Oriz church, only a couple of meters from the coast. According to a legend, the locals built the church at the place of a shipwreck, where during a storm one day, a ship full of rice ran aground.


Except for Venetians, Austrians built various forts in Verige. The partisans blew up the remains of many forts built through centuries during the II World War in 1942.

The following event was happening 40 years before the arrival of Venetians, and at the invitation of the independent republic of Kotor.

In 1379., Bartolomeo Paruta has been mentioned as an influential figure in Lepetani. He helped the Venetians in the naval battle against the Genoese. At his own expense, he armed two galleys with 240 oars each. Venetian republic named him as a nobleman and a member of the Venetian Grand Council. According to the story, the local hero from Lepetani was the first Bokelj Venetians included as a member of the Grand Council!

The local church of St. Anton Padovanski preserved a valuable altar photo of Lady of Rosario. The photograph was a gift from Anton Damianovi, a patron and a shipowner from Lepetane. The church also possesses a spectacular painting of Saint Bogorodica, a work of an unknown Fanjevac from 1869. 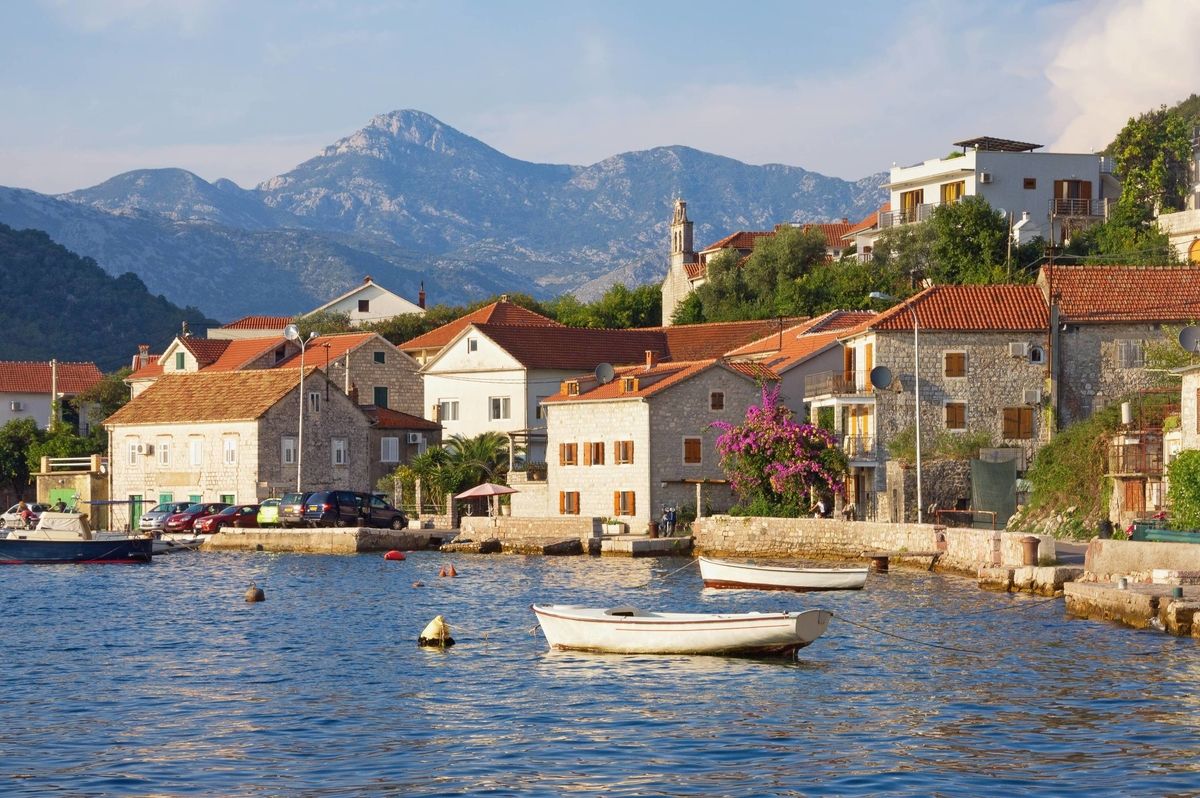 Lepetani is known for its good fisherman, sailors, and olive groves.

At the beginning of the XVII. century, many scripts mention sailors on the Perast ships and workers in the shipyard.  After the fall of the Venetian republic, the men were mentioned as shipowners and captains on Boka ships.

Around that time, approximately 400 people lived in Lepetani. According to some reports from 1729.,  Lepetani had seven sailing ships, forty-five sailors.  A century later, there are twenty-seven ships of long and coastal navigation. Sailors from Lepetani stood out in Russian and Argentine trade and the steamers of Austrian Lloyd.

At the Ivovic house, there is a Renesanse park. Also, 45 min walking distance from Lepetani, in Vece Brdo, medieval Saint Ilija church is preserved.