The oldest cultural remains found to date in Podgorica tell us that the area surrounding the modern-day city was inhabited beginning in the Stone Age. Little is known about Podgorica’s most ancient inhabitants.  However, two thousand years ago there was an Illyrian and Roman town known as Birziminium at the confluence of the rivers Ribnica and Moraca.

In the Illyrian period, the area was inhabited by two tribes, the Labeati and the Docleati, who were the principal influence on the area’s growing number of small villages. The Labeati tribe originally inhabited the area near Skadar before moving their tribe to the Podgorica region. They had their own fortress, a predecessor to Podgorica called Meteon (Medun), and a well-developed social structure, particularly in terms of their military organization, advanced for that age.

The Docleati also settled in the Zeta river valley and thanks to the river’s fertile plane, favorable geography, and easy access to trade routes, this location helped the Docleati experience rapid economic growth. Their largest settlement was called Doclea.

First mentioned by Ptolemy in the 2nd century BC, Doclea was located some three kilometers (1.8 miles) northwest of Podgorica’s modern city center, near where the Zeta River joins the Moraca River. During the time of the Romans, Doclea became the center of the province then called Prevalis, and continued to experience growth as a regional economic, political, and religious center. According to some archaeological data, Doclea was inhabited by eight- to ten thousand people. The area surrounding Doclea came to be called the same due to the city’s influence in the region, and it was not until after the eleventh century that the name Zeta came into common use to describe the region.

In the fifth century AD, while the Roman Empire was beginning to dissolve, the first Slav and Avar tribes began to arrive in the region. The interest of the Slavs in establishing their own state and the interests of Byzantium came into conflict with the local Docelans and constant wars were fought during which Doclea was eventually obliterated completely. The most likely date for this “first demise” of ancient Podgorica is set as 602 AD, because from that date local records of the community, or references to its wealth, cease to exist.

During the eleventh century a more important new settlement, known as Ribnica, came into existence on the same location where the town of Alata once stood. Ribnica was later renamed Podgorica, but it seems that both names were used equally right up to the fifteenth century. The name Podgorica was first used in 1326 in a document stored in the town of Kotor.  The reference actually refers to the name of a hill called Gorica in the northern part of the town. In the Middle Ages Podgorica grew again to be a significant trading, religious and cultural center. Much like its ancient predecessor cities, Podgorica’s location on the fertile Zeta River plane made the city an important crossroads on many regional trade routes.

Ancient cities never seemed to have an easy time! Podgorica fell again, but this time to the Turks in 1484, and the character of the town changed extensively. The Turks built fortresses, town walls, minarets, and houses, giving Podgorica the appearance of an oriental military city. After a long-lasting war in which Montenegrins fought for their independence from the Turks, Podgorica was ultimately united by the decision of the now-famous Congress of Berlin under the flag of the Kingdom of Montenegrin in 1878. At that time there were about 1,500 houses in Podgorica, with more than 8.000 people living there - of Orthodox, Roman-Catholic, and Muslim faiths flourished together.

During the First World War Podgorica was eventually occupied by Austrian troops and was liberated in 1918.

In the period between the two world wars, Podgorica had a population of about 13,000. After the Second World War broke out, Podgorica was bombed more than seventeen times and completely destroyed, with the loss of 4,100 lives. Again, it was liberated on 19th December 1944.

After the Second World War Podgorica began its new life as Titograd on 13th July 1946. and became the primary city of the new Republic of Montenegro. After its liberation, the necessary reconstruction of the war-torn city began. The rapid rise of a new Podgorica coincided with a time of rapid development and population growth. For a time, Podgorica became Tito's city, pockmarked by the typical socialist-style apartment blocks, monotonous parks, and identical streets going on seemingly without end.  The original post-war town plan had envisaged a population of sixty thousand.  Today, Podgorica has three times as many inhabitants and a modern infrastructure that rivals other major European cities with much larger populations.

The ‘Old Lady’ as Podgorica is known locally stands proudly among the confluence of two fertile planes (Bjelopavlicka and Zetska) and is surrounded by mountains (Vranjska Gora 85m, Ljubovic 101m, Gorica 130m, Dajbabska Gora 172m, Malo Brdo 205m, Hum 276m, Vranjina 303m ...)  These two fertile valleys are cut through by no less than five rivers, including the Zeta, Sitnica, Ribnica, and Cijevna which flow into the Moraca and into Lake Skadar.

Lake Skadar, located between Podgorica and the sea, the region’s varied height above sea level, the relief of the land, and other factors in the region’s geographical makeup, all have created the conditions for a sub-Mediterranean climate with mild winters and very hot summers. Podgorica is located 44 meters (145 feet) above sea level and just a hundred or so kilometers (about sixty miles) from well-known seaside resorts and attractive winter sports centers, including those in Bar, Budva, and Herceg Novi.

The construction of the Sozina tunnel allows travelers to leave Podgorica and reach the Adriatic coast in just half an hour's drive. Construction in Podgorica and surrounding areas is proceeding at such a pace that almost daily the foundations of the new buildings are being laid.  New cultural, scientific institutions, modern roads (especially bridges), business centers, promenades, schools, hospitals, monuments, hotels and restaurants and sports facilities are springing up almost overnight. It is justifiable to say that today's Podgorica is the unquestionable administrative, cultural, financial, business, transport, and service center of the country of Montenegro.

Podgorica is a business Mecca, a university center, capital of Montenegrin and International culture, and a city of the young and the future. One of the modern symbols of Podgorica is the largest bridge to span the Moraca River, appropriately called The Millennium Bridge which dominates the skyline of the city.

With its famous grape brandy, even more, famous wines (from the largest vineyard in Europe - AD Plantaza), impressive cultural monuments, and of course the famous ‘Old Podgorica’ humor, bohemian characters, and beautiful women, Podgorica truly has something to share with its visitors. 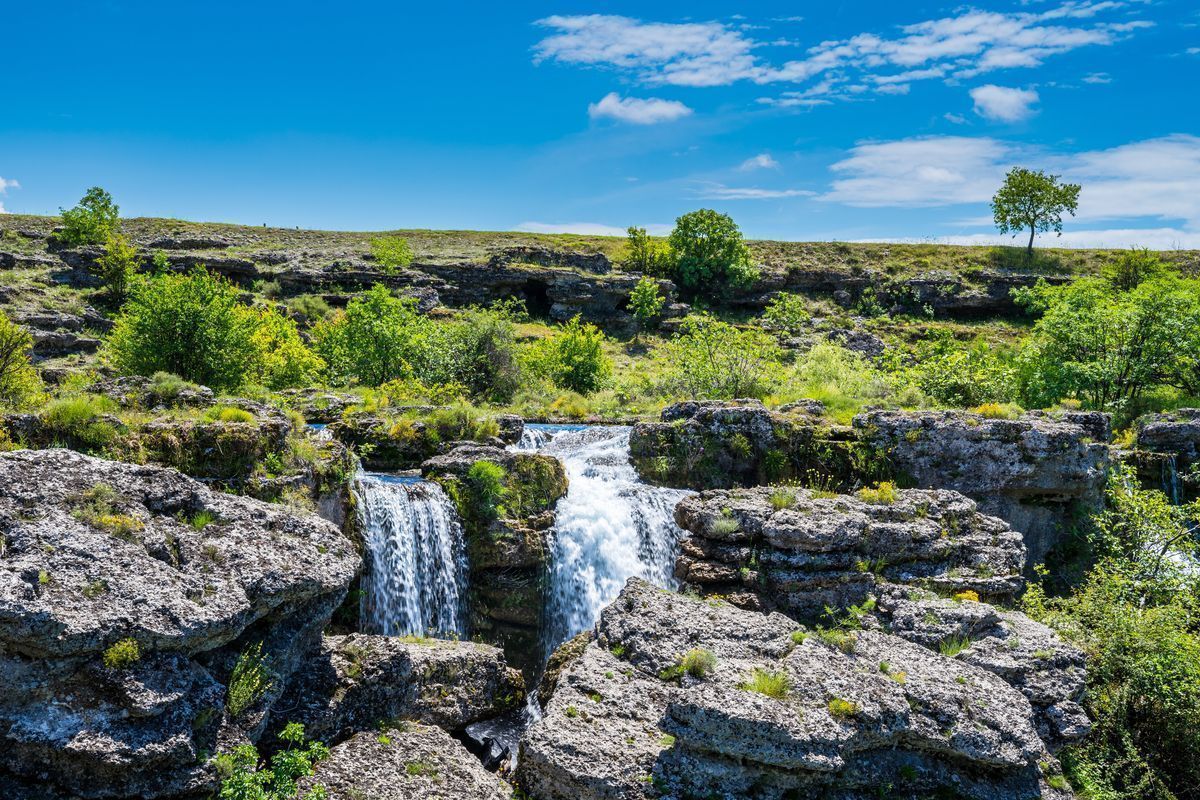 And that's not all.

With the reestablishment of its status as an independent country in 2006, Montenegro and Podgorica in particular are becoming a center of scientific learning, cultural and political institutions.

Podgorica is at the beginning of a new period of whirlwind development. Foreign investments totaled in the hundreds of millions of Euros in 2006 and further promises of even larger investitures are a guarantee of even more rapid development to come in Podgorica. New embassies, representative offices, well-known international corporations, and international and domestic cultural events are bringing the world’s business and cultural elite to the city and Podgorica.


Podgorica has every chance of becoming a modern European capital where the past serves as a cautionary tale and the future demands the preservation, advancement, and creation of a favorable environment for future generations of Podgoricans, and the travelers that come to share this amazing city with them.