Petrovac landscape is characterized by the two idyllic islands that are in formation, actually, two big rocks.

Petrovac landscape is characterized by the two idyllic islands that are in formation, actually, two big rocks.

Observing from the shore, Katic island is located in front of Petrovac, and right from its other side is St. Nedjelja island, with a church with the same name.

The Salmans built Saint Nedjelja church in honor of San Virgin, protector of the sailors. According to other beliefs, the Greek Salman survived the shipwreck and built the church on this island. The Church of Saint Nedjelja is rustic, simple architectural construction, and it is the symbol of Petrovac.

The Cultural center "Red Commune '' got its name based on the victory of the Communist party in 1919. local elections. Memorial home is settled right at the promenade, between stone houses and palaces.

The complex houses a Museum of the Revolution, with a large display of the archives: documents, photographs, transcripts, and prints from the communist period during the formation of the first communist country on the Adriatic, built in 1920. The Red commune of Petrovac, with its rich content: movie theatre, museum, two galleries, and library, often organizes theatrical, artistic, and musical programs.

This place enhances the spirit and continually works on the development of creative talents. The "Red commune" center is an institution of remarkable cultural meaning. Its gallery space is now used to display works of classical art disciplines like paintings, sculptures, graphics, and other known artistic media forms such as installations, performances, happenings, and video works.

According to some records, pagan temples and ancient cemeteries of the Greek and Roman families existed in this region.

Historical facts point that the Serbian king Stefan Prvovjencani stayed in Rezevici in 1220. and he built the church Assumption of the Blessed Virgin.

In Rezevici village, the locals built The Church of Archdeacon Stephen in 1351. and during that time, the emperor Dusan gave the Zakonik to Pastrovici. Monastery Rezevici was the meeting point of the Pastrovic tribe and the place where they made important decisions or elected their leaders.

In the church of the Assumption of the Blessed Virgin, archeologists discovered many frescos. The frescoes are dating back to the beginning of the XVII century and the remains from the XIII century. It is worth mentioning the icon of the Most Holy Mother of God, The Four Gospels from 1835., the lithium cross from 1850., and the Gift Depository from the half XIX century, which are of great artistic, cultural, and historical importance.

The Third church is the Rezevici monastery complex and includes the Church of the Holy Trinity, which is at the same time the most well-kept building. The church was built in 1770. It is in the shape of the cross with an altar apse and the right square apse for a choir. The building is part of the Church of the Assumption of the Blessed Virgin. A 20-meter-high square bell tower adorns the church, and new iconostasis with icons have been preserved. The Reževici monastery complex is protected as a national monument and on the list of cultural and historical treasures of Montenegro.


In 1902., the archeologists discovered part of the conserved mosaic floor, a grave with antique coins, and a green glass vase in the olive groves of Marko Gregovic property, located in Petrovac.

However, coins and the vase did not survive. Remains of the architecture with mosaic are modest and showing a rectangular room.

According to Marko Gregovic's story, the north wall that had the fresco no longer remains.

The central Petrovac motifs, which represent geometrical-vegetable mosaics, were made on white background. They dominate with the decorative and flamboyant style, in terms of drawing and color. 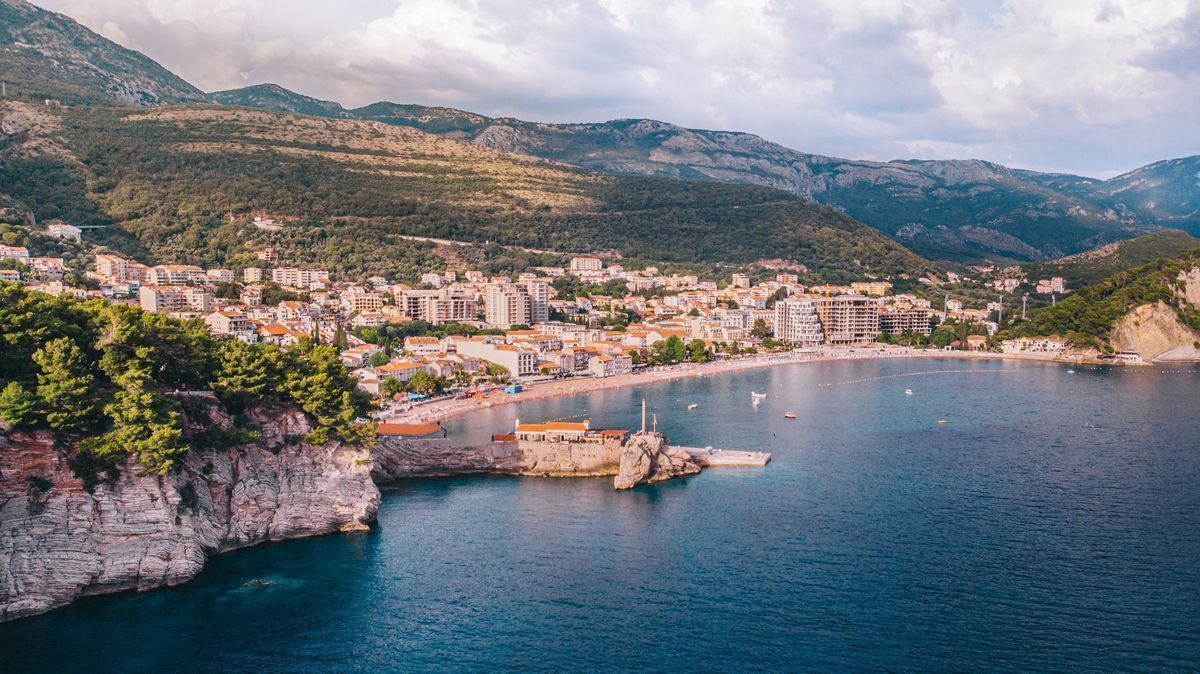 Cross rosette is the main motive that dominates the theme, while the central part consists of four centered circles. Fragment with the figure of a triple fish is of great importance for mosaic dating because many think that it represents the symbol of early Christianity. Both mosaics date from the same periods and in the same architectural holes. We can only assume that the walls and mosaics on Mirista were the remains of one of the roman late antique villas (villae rusticae), but without a trace of the bigger village's existence.