1. The old town Ulcinj rises above a 360m long Small city beach, where in summer months feels like a beehive. The place exudes energy, buzzing with life. The view of the season's crowd is grand from the stone fort built by the Venetians during their occupation of this region. 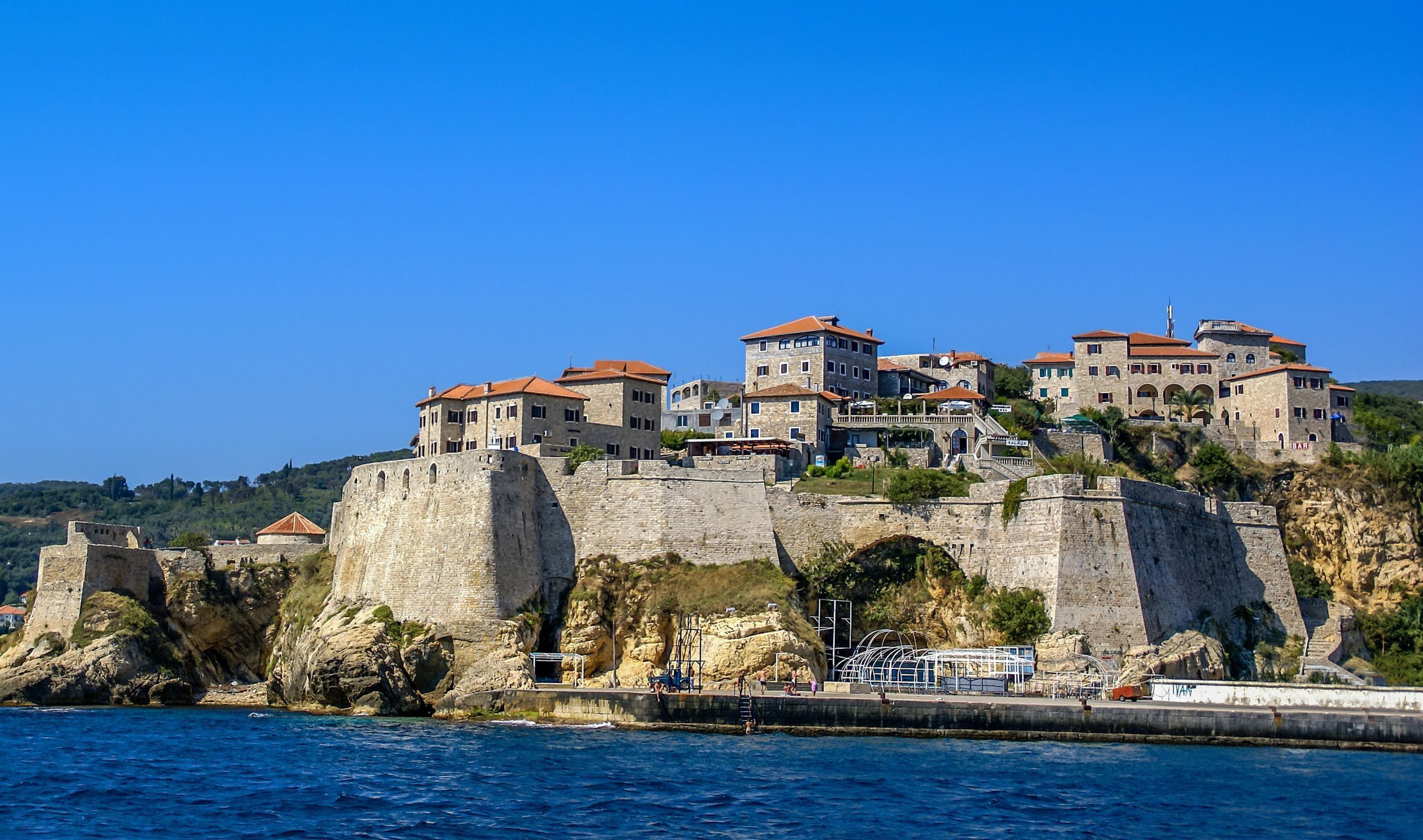 1. The old town Ulcinj rises above a 360m long Small city beach, where in summer months feels like a beehive. The place exudes energy, buzzing with life. The view of the season's crowd is grand from the stone fort built by the Venetians during their occupation of this region.

The city has two entrances: the seaside entrance and from the land. Inside the Old town, there is a church of Saint Mary from the thirteenth century, which was turned into a mosque in 1639. The homeland museum is situated in the church-mosque, which is a church-based on its architecture, and the mosque by attached, visibly truncated minaret.

The Former Biskup palace, from the thirteenth century, was turned into an Ethnographic museum. And in the building of the Venetian customs, which is now the main office of the museum, a beautiful model of the Ulcinj town that has been well preserved is available for viewing.

A false prophet, Jew Sabetha Zwl, whose predictions and visions of the end of the world had not been realized, lived in the Balsica tower in the fifteenth century. Outside of the city walls, in the place where once was a Medieval monastery, stands a St. Nikola orthodox church built-in 1890. Also, there is a Pasha's mosque which was finished in 1719., with Turkish baths, Namzgah mosque from 1828. and the Watchtower, built in the eighteenth century.


After a long car ride from the Ulcinj city center to the east a beautiful sandy Long beach is waiting for you. The beach is 12. 5 km long, and not only one of the longest on the Adriatic coast but among the longest in Europe. It is separated into a few smaller beaches by beach bars of all types. Beach chairs and umbrella rental spots are available on every corner, and the beach bars offer a variety of cocktails and coffees. The restaurants have a full menu of the local cuisine specialties with a refined wine menu.

Long Beach is an ideal place for kids, because of its soft sand and clear
water, which is still very shallow tens of meters away from the shore. For the visitors who seek adventure, this is one of the prime locations for kiteboarding and water skiing. The vibe is relaxed and very much enjoyable. During the peak of the summer season, when the crowds are large all over the Riviera, visitors can always find a free parking spot here in Long Beach. This is a great beach for campers, kites fliers, and lovers of electronic music.

3. The Old Town Svac (Shas) is situated on the top of the hill (85m) called Svac hill, and it extends on the northern part of the lake Svac with a beautiful view of the lake and the entire Delta Bojana district. According to the legend, there were as many churches in Svac as there are days in a year. However, only around ten old churches have been found in that area, and out of those ten, just two could be registered as monumental, although they are damaged and in poor structural condition. The Church of Saint John is built inside of the fortress and dates back to the thirteenth century. The second, St. Maria church, was built in the fourteenth century outside the fortress walls, towards the northeast. This Gothic-style church is 16.6 meters long and 7.1 meters wide.

Based on the different styles of construction, the experts believe that the place was once a monastery. Svac experienced its culmination during the Middle Ages, even though it was conquered a couple of times by different invaders. Serbian ruler Stefan Nemanja conquered Svac in 1183. while in 1242. it was conquered by the Mongols. In 1571. the Ottoman empire destroyed Svac. From that period on Svac was considered a "dying city". During the times when the road was passing through Svac, the place was known as the trade center for this area. Like the other medieval towns such as Skadar and Ulcinj, Svac also printed its own currency. The bills from that era have a special value and show how the old town looked once upon a time. It was built in Renaissance style with three-story houses, vaults, and towers.

4. Ada Bojana is for sure an unusual gift of nature, surrounded by the blue water of the Adriatic sea from one side and Bojana river from the other two sides, forming the shape of a triangle. Fine-grain sandy beach known for breathtaking sunsets is 3km long.

Favorable winds are making perfect waves for all kinds of extreme sports on the water, especially windsurfing and kitesurfing, positioning this location as one of the best for this kind of sports on the Adriatic. Advanced surfers are thrilled with the strong wind that blows in the afternoon, and for amateurs, this place has the windsurf school available for every level.

For decades Ada Bojana island, positioned at the mouth of the border of river Bojana, has been a nudist paradise. The entire island is dedicated to the naturist lifestyle. The dunes and pristine sandy beaches are occupied by naked guests from all over the world.

For a fun night out in the town, there are bars and restaurants like Sojenica, which is the place to visit. The restaurant is very typical for the Ulcinj Riviera where guests can enjoy seafood or various oriental specialties.

5. Ulcinj Saltworks is one of the largest salt works on the Mediterranean, and one of the few places in Europe where wild flamingos live. In 2012. Ulcinj Saltworks was declared as a wetland of international importance and included in the Ramsar World List of Wetlands. It is considered the most important bird habitat on the east coast of the Adriatic, suitable for nesting and wintering. It is also a resting place during bird migration to Africa and vice versa.

The unusual combination of the industrial zone and unique bird habitat is making the visiting experience very special. Ulcinj Saltworks is 15 km2 long and the entrance to this national park is free. The admission includes a bicycle as well because walking the park would take approximately 3-4 hours. Solana is the habitat for over 250 different bird species, and it is situated on the site of a natural lagoon in the Ada Bojana delta.

For more than 80 years, salt has been pumped out and manufactured from the Adriatic Sea. Collection of salt lasted from 1935. until 2013. but the production stopped due to bankruptcy. If you wish to witness fantastic species of flamingos, you must get to the very end of the saltworks. At approximately 5km of cycling, you will come across a bird observatory placed where flamingos are mostly stationed. Seeing these beautiful and rare birds is fascinating, and the photos don't do it justice. You will be positively surprised by the protected nature and birdlife of this beautiful place making this visit an extraordinary experience.