Montenegro is one of the few places in the world where you can swim in the warm Adriatic sea and in just over an hour's walk can be skiing on the slopes of Mount Orjen, enjoying its attractions. On this jewel of the hinterland of the Bay of Kotor the snow doesn't disappear until the end of May thanks to the highest winter rainfall in Europe which gives rise to a thick covering of snow in many parts of the range.

Montenegro's natural contrasts are fascinating, beginning with the sea shore, and going up to the summits of the mountains, which makes the Orjen massif an ideal destination for activity holidays - mountain walks, mountaineering and scientific observation.

Orjen got its first mountain track at the end of the 19th century, during the reign of the Austro-Hungarian Monarchy, and Crown Prince Rudolf himself walked along this track when he climbed to the summit of the mountain on his visit to this part of the empire. Also dating back to the times of the Austro-Hungarians are a line of fortifications and a network of very good cart tracks, a masterpiece of the building science of the time. The quality of the roads is shown by the fact that they are still in use today without any maintenance or repairs. No visit to Orjen is complete without going to Crkvica, the site of a large Austro-Hungarian barracks and accompanying fortifications on the surrounding vantage points. The local architectural tradition is of course much more basic and rustic, but it is well worth a visit to the village of Krusevica, Mokrine, Kameno, Zlijebi and Bunovica Ubala to see it in its original simplicity. The main building material is stone which is also often used to make the roofs.

Orjen is one of the most exceptional sites in the world for potholers with its deep pits and caves, and experts estimate that in the Massif there are still many decades of exploring to be done. Orjen is almost a favorite destination for mountaineers, in great part because of the Zubacki kabao, which is at the same time the highest point on the East coast of the Adriatic.

The other place that mountaineers frequent is Subra, a mountain which has various claims to fame: its summit is the best view point in the whole range, the Subra amphitheatre is reckoned to be the most interesting feature of the coastal Dinaric Alps, and the plateaus on Subra are one of the most striking example of karst micro-relief in the world.

The Subra amphitheater offers very impressive mountaineering terrain in Orjen, a real treat for lovers of this extreme sport. The southern parts of the massif directly bordering on the Bay are increasingly being used for paragliding.

Day-trippers and mountaineers love to visit Vrbanj, which has in recent years been developed into a local picnic place. The stone plateau with its mountain cabin "Za Vratlom", is a place that must be visited on the southern part of the range. Apart from Subra there are a number of summits with excellent views of the Bay and the open sea. The usual starting-off point for a climb up Subra is the mountain cabin (1160 m). The cabin is a well-proportioned stone building with sleeping accommodation for 50. As it is not near a road it is in a very quite position and an excellent place to enjoy the mountain. From the cabin your attention is drawn to the dominating bare cupola shape of the summit of Subra, which can be seen to the west.

The first section of the path runs through the undulating Kameno plateau and Duboki do, the pasture lands of the village of Kameno, and from there begins a steep climb from the foot of Subra. The whole of Subra is an exceptional mosaic of speleological sites and it is difficult to find another place where there are so many potholes that there is more empty space beneath you than rock to walk on! Some of the potholes in the plateaus have a history which date back before the start of exploration. The people of Kameno used to extract ice from Drago's pit (46 meters deep) and sell it thereby offering a service to the Herceg Novi taverns and the early hotels long before fridges were invented.

At you first encounter with this beautiful and frightening area, you can feel the full power of nature and its primordial creative force. Far away from all human activity, Subra has preserved a distinctiveness of which few mountains can be proud today, and a climb to its summit or to any point on the whole range offers views which one can hardly bear to tear oneself away from: crevices, chimneys, traverses and overhangs, all dotted with munika {note}Pinus heldreichii{/note} (a native type of tree), which has, who knows how, somehow managed to sink its roots into the bare grey stone.

After half an hour's hard climb, the path comes out onto the summit of Subra, 1679 meters above sea level. This is not the highest point in the Orjen range but it is certainly the most well-known. It owes its fame to the good view which reaches as far as Albania, the whole of Montenegro, with Mounts Lovcen, Prokletija and Durmitur and over the mountains of Hercegovina and Popovo Polje, as far as southern Dalmatia and its islands, and when the Bora {note}The northern wind that blows down the Adriatic coast{/note} is on the very line between sea and sky you can see Lastovo, the furthest point. Visiting the summit in winter when it is covered by a thick coat of snow, is a special experience, and a privilege for just a few well practiced, fit mountaineers. 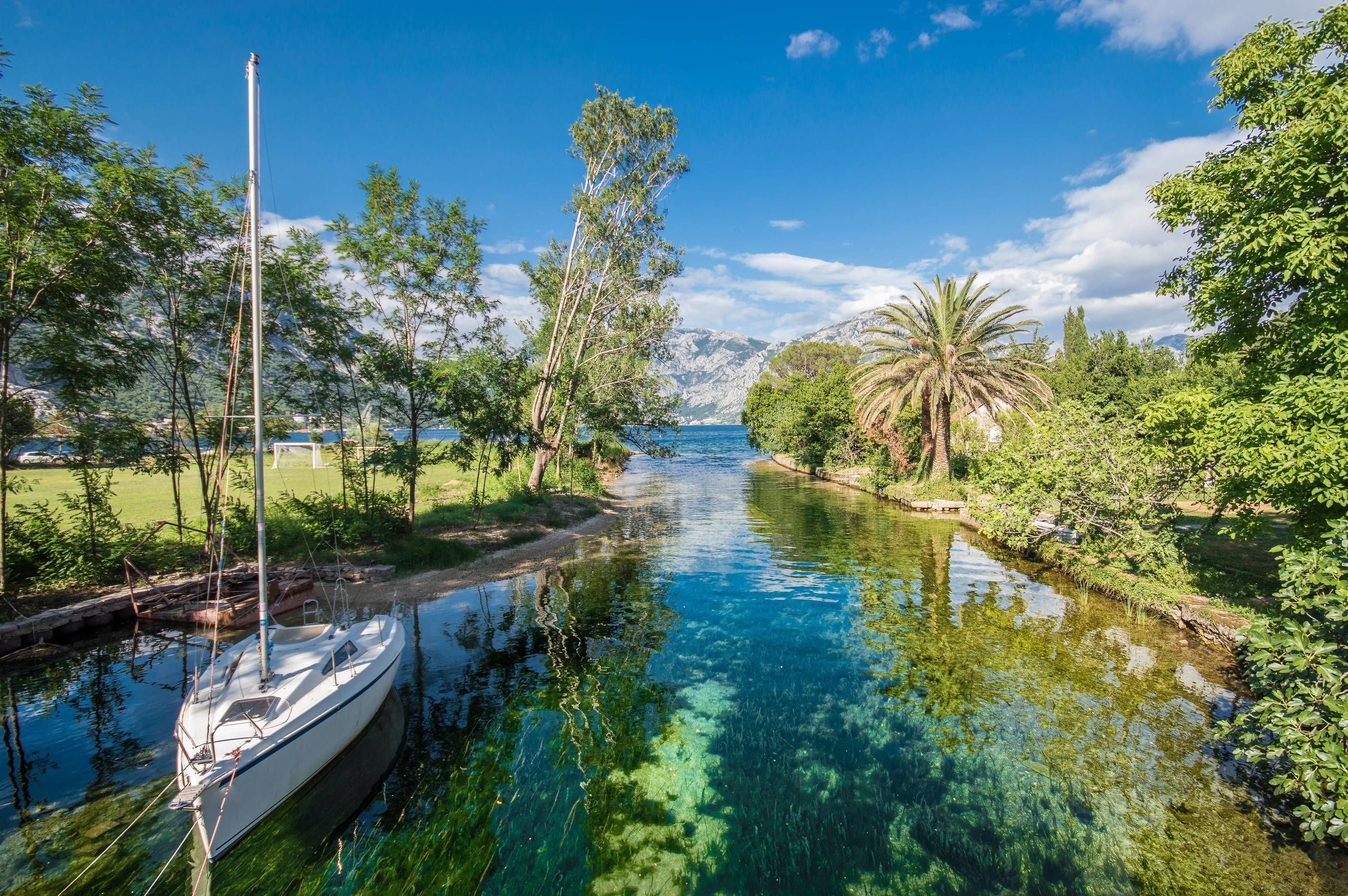 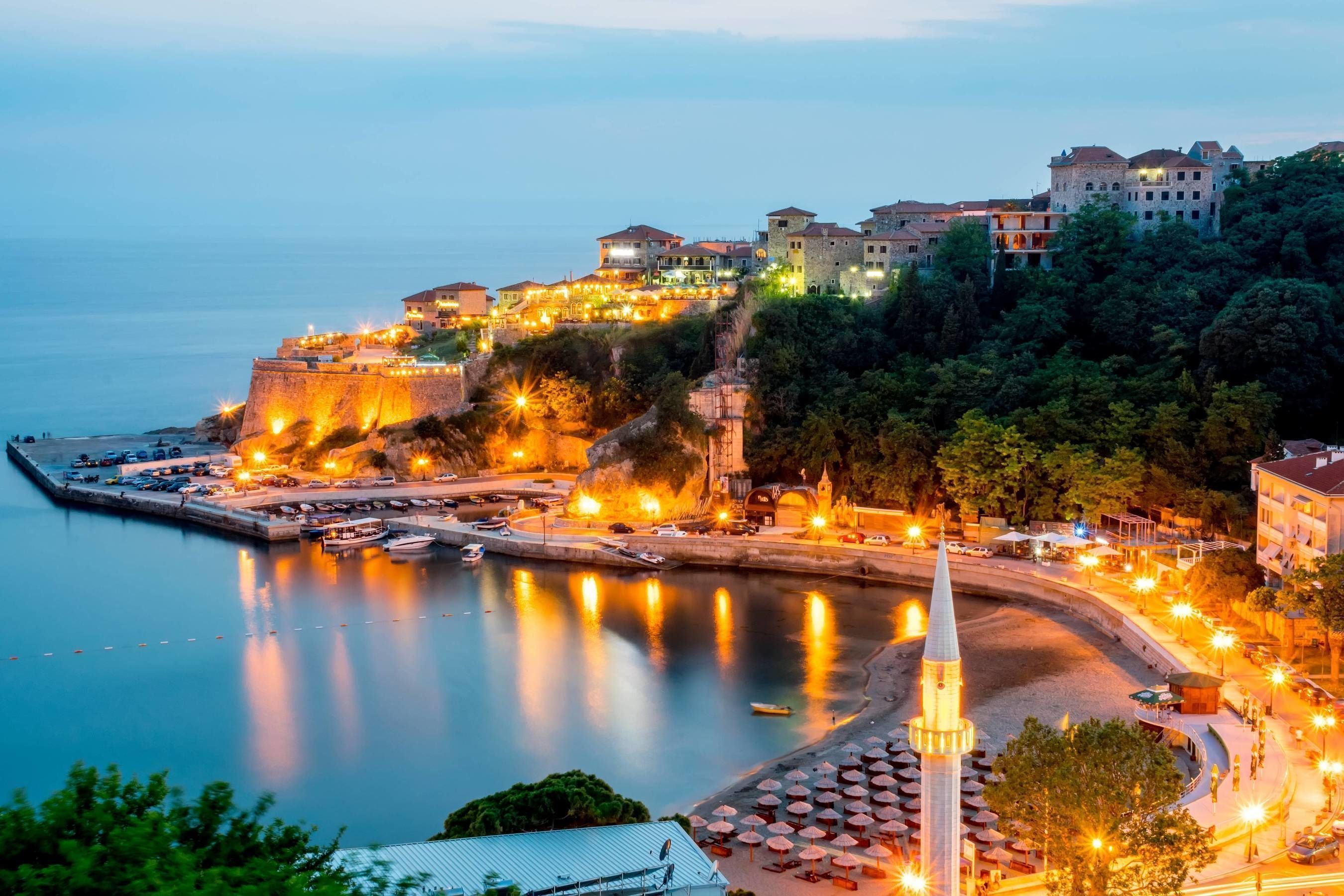