Imagine if you found a small boat on the side of a tranquil bay and the captain, after helping you on board, set sail up the coast for what only seemed like a 10 minute trip.  You’re headed towards Plava Spilja, and the excitement takes hold of you.  You’re expectations are running high, although after your short trip the captain suddenly steers the boat directly at a cliff of rough rocks.  The only landmark you see above you is the famous Arza Castle, watching your deadly ride towards the rocks.  Could you be looking for some secret, watery entrance to the castle’s hidden depths?

The Herceg Novi area, where the Blue Grotto (Plava Spilja) is located, hides an amazing number of surprises. Herceg Novi boasts olive groves with trees that are more than 1000 years old, a trove of ancient stone houses and untouched village communities still surrounded by original stone walls, pristine beaches, islands, abandoned castles, and local legends of famous sea captains and pirates.  The sea in the Herceg Novi area is incredibly clear which makes the area perfect for snorkeling and scuba diving.  In the hills surrounding the Blue Grotto and Herceg Novi, rare types of animals such as mongoose and jackal can be found while jogging along the area’s many trails.

Olive groves in Lustica Plava spilja (Blue Grotto) is one more of many surprise in this unique area. It is about 10 minutes away from the picnic spots of Zanjic & Miriste, and can only be reached by boat. Local taxi boats make several trips to the Blue Grotto every day. Everyone who has visited it has come back excited and full of stories. Some who have a heightened sense of the artistic describe swimming in the cave as "descent into the blue" because of the amazing combination of blue sea and the various shade of blue on the walls of the cave caused by the refraction of light. In last years report about the islands with the fortified church - the recently restored Vavedenje monastery in Mirista.

Suddenly and seemingly at the last moment, a crack appears in the rocks before you, and as you come closer the crack seems more like a cave.  You’ve finally arrived to Plava Spilja, the “Blue Grotto”!

Far from an entrance to the castle, the Blue Grotto (Plava Spilja) is a natural phenomenon that surpasses it’s cousin, the Blue Cave on the Italian Island of Sicily, because unlike it’s Italian cousin, it’s much less traveled and not yet polluted by innumerable touristic boats.

Entering the this blue cave itself at first seems like a daunting experience – the rock above the entrance is low and as your eyes adjust, everything seems to be cast in extreme darkness.  However, after realizing that the cavern is large enough to accommodate several boats, you pass a small bend and realize why this natural wonder is called the Blue Cave – luminous, brilliant blue light wells up from under the water and casts a blue shadow on the grotto’s ceiling above you.  You slowly lower yourself from the boat and enter the pale-blue waters that strangely enough are several degrees warmer than water outside the cave…

There are many tours that offer you a chance to scuba dive or snorkel in the Blue Grotto, called Plava Spilja by local residents.  The Blue Grotto is a short, 10-minute boat ride away from Herceg Novi, which is also famous for its beaches, eclectic bars and restaurants, and vibrant nightlife.

"Descent into the Blue" 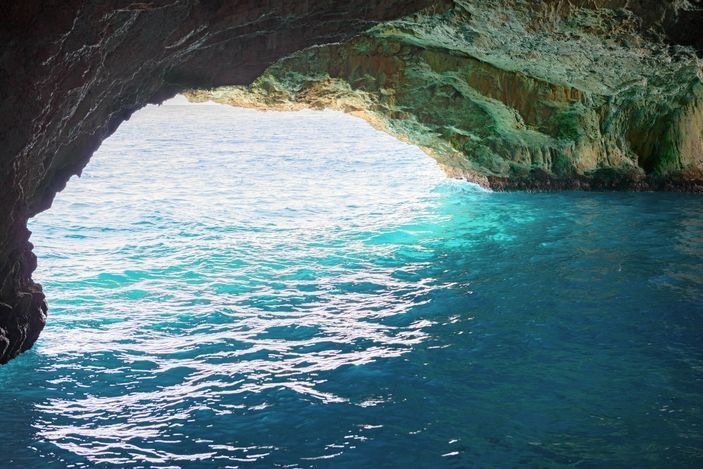 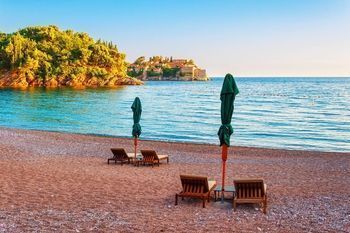 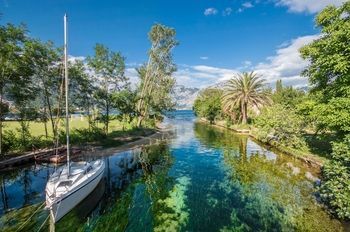 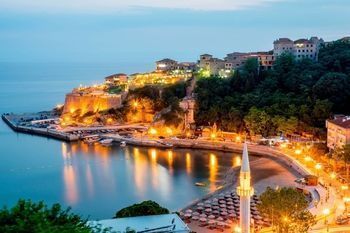 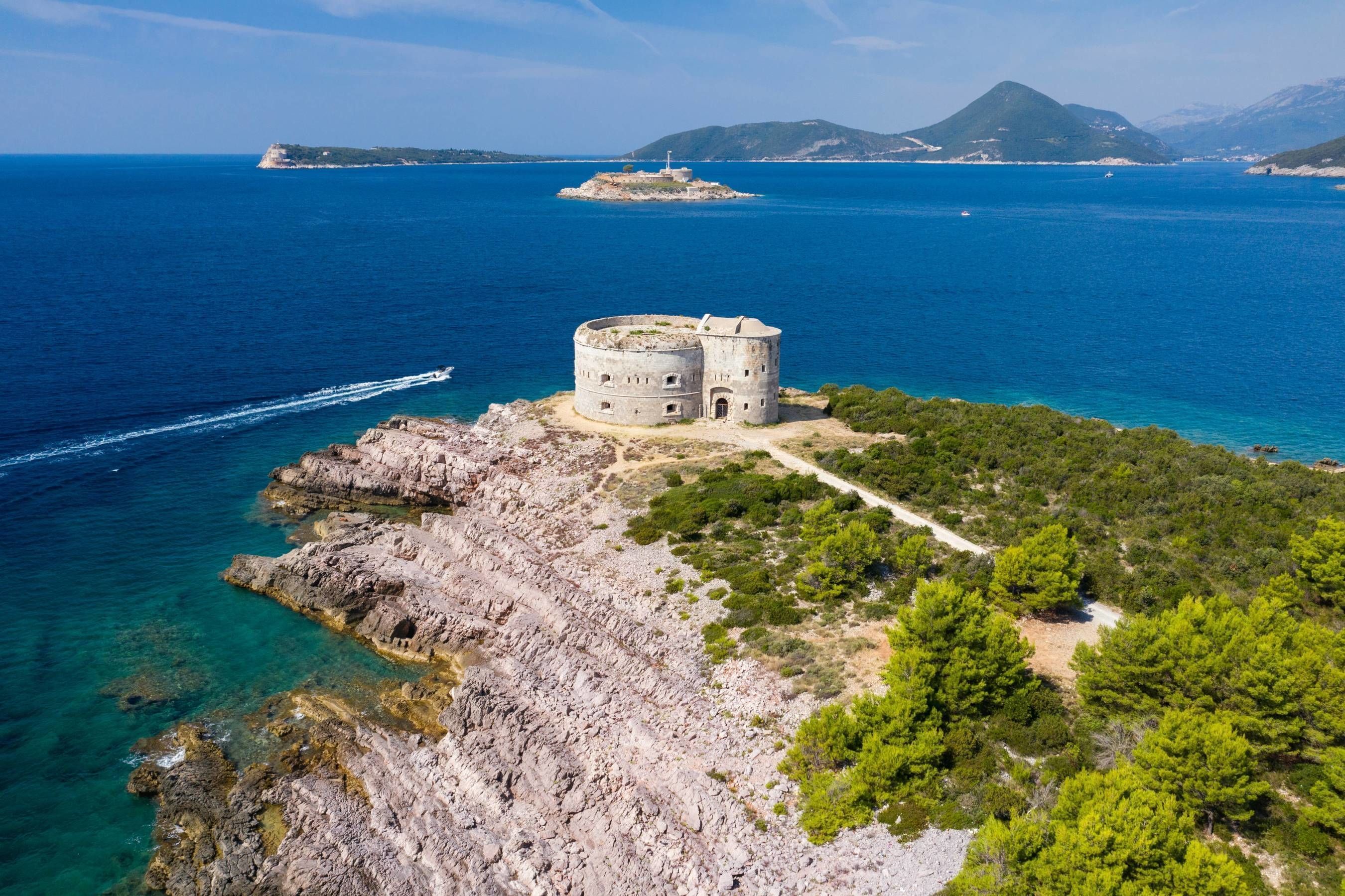