Just as the Marmora Sea lies between the Black and Aegean Sea and is connected to them by the Strait of Bosporus and Dardanelle, Straits of Verige and Sv. Nedelja connect Risan-Kotor Bay and Tivat Bay. Across these bays, the villages of Kamenari and Lepetane (set on the circular road through Boka Kotorska Bay) are neighbors separated by water. 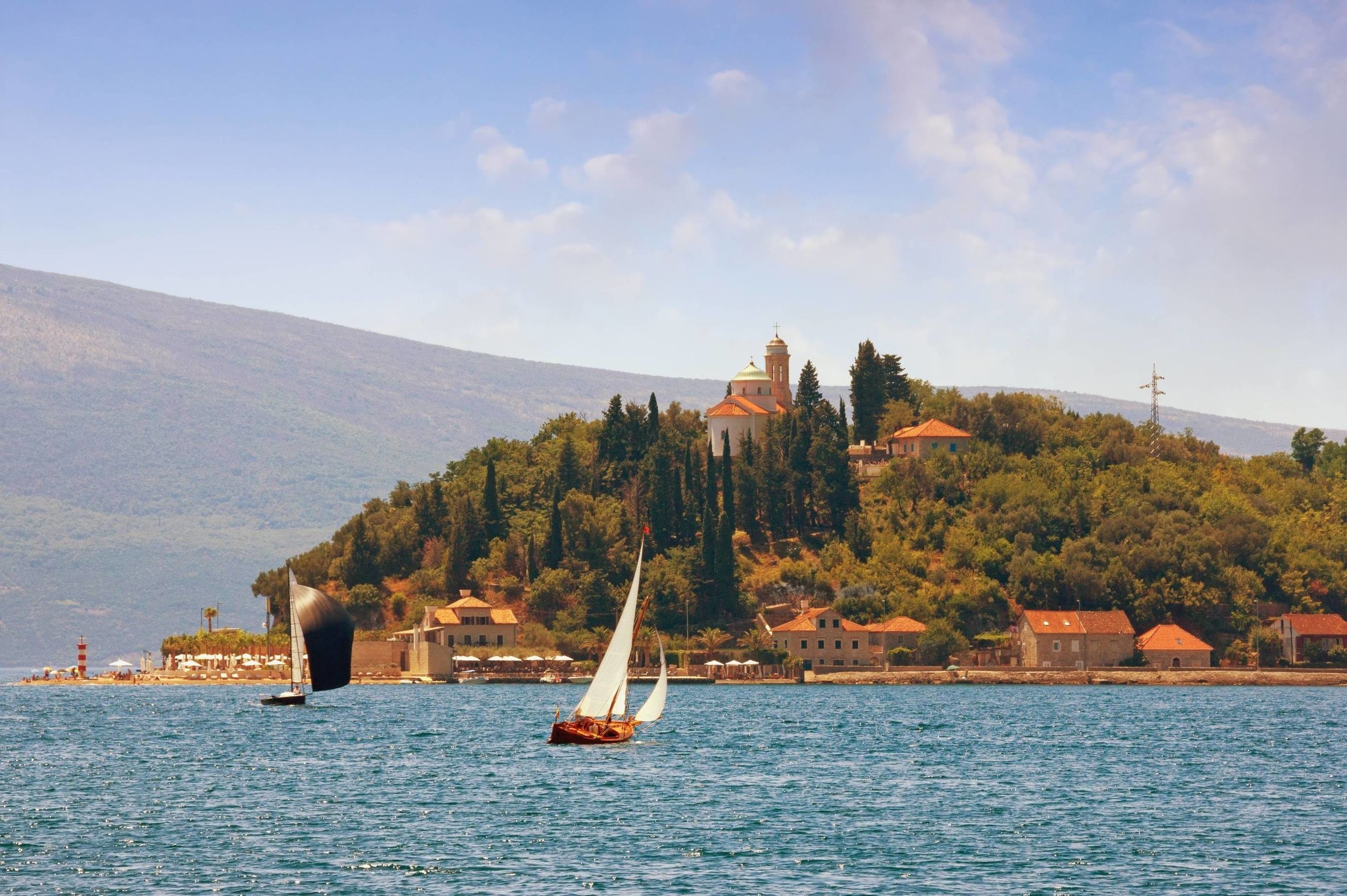 Just as the Marmora Sea lies between the Black and Aegean Sea and is connected to them by the Strait of Bosporus and Dardanelle, Straits of Verige and Sv. Nedelja connect Risan-Kotor Bay and Tivat Bay. Across these bays, the villages of Kamenari and Lepetane (set on the circular road through Boka Kotorska Bay) are neighbors separated by water.


But Kamenari is not only significant because of its location Kamenari literally refers to the village’s past as a stone quarry, however, but the village has also been known for more than a century for the ferry transport to Lepetane. The ferry shortens the trip from Kamenari around the bay to Lepetane by nearly 50 kilometers. From the moment that time “became” money, the ferry transport has never stopped. When the ferry first began its route, it was made up of two boats connected by a wooden platform and was used for transporting goods and people from each side to the other. As automobiles and other vehicles made their way into the area, the ferryboats caught up with the technology and became more efficient.

Today, depending on the winds and the sea current, it takes roughly 5 to 10 minutes to cross the waters between Kamenari and Lepetane. There are presently four ferries in use, the largest being Igalo, followed by Kamenari, Lepetane, and Perast. The ferries run 24 hours a day during the summer months and once every hour during the winter months.

While the ferry does shorten the mileage around the bay, it is not always helpful during the summer months. The sheer number of cars waiting to use the ferry occasionally makes the wait for a ferry as long as the drive around the bay. Also, by always using the ferry, one misses out on the villages of Muo and Prčanj that can only be reached on the curvy passes of the circular road through Boka Kotorska.

Because of the traffic in these areas, however, many old stone villas along the road remain unseen, such as the old Katurić family tavern, founded in 1901. These villas are different from others built in the Gulf because they were built using only the highest quality stones from the area. These stones are of such high quality that stones from the village of Đurići were even used to construct the monument in front of the East River UN Headquarters in New York as well as several Venetian palaces.

For centuries perfectly carved blocks of stone were transported from Đurići and built into the walls of churches, palaces, and monuments. Today the stone from this quarry is used for restorations on old palaces in Boka Kotorska.

The skill of handcrafting stone is a little-known skill today that has been passed down from generation to generation in Kamenari and many other villages in the area. All of the old piers and side banks along the village roads are made out of handcraft stone blocks made by local craftsmen over the years.
About an hour’s walk from Đurići is Kruševice, a village known for its excellent wine and cheese. Although this village looks like many other in the bay, it has a special meaning to Christians, especially Catholics. The first Slovenian Pope, Pope Sixtus V Piretti was born and raised in the village.
Kamenari is also an important bus stop—the first stop on the bus route that travels along the Herceg Novi Riviera. This is no coincidence, however, as the first coach for public transportation, Bokeljski omnibus, was founded in Kamenari 110 years ago. It was also the first public transportation in Montenegro and carried 25 people. That same year 1899, Dubrovnik also got its first public coach.


Today, Kamenari has its own elementary school and has also become known for producing two world-class artists, Mato Đuranović and Tomo Katurić.
Kamenari is a picturesque location with beautiful landmarks and attractions, including the Sv. Neđelja church (built-in 1704 and featuring altars—both Catholic and Orthodox), set atop a small hill surrounded by magnolia and laurel trees, with a beautiful view of Tivat and Herceg Novi Bay.
The Sv. Nikola church, Gospa od Rozarija and Sv. Ana is each located in Kamenari as well and was all built with stone blocks from the quarry in Đurići.
In Kamenari, the best place to enjoy the beach is the cape at Sv. Neđelja. The sandy beach is complemented by the presence of a traditional Mediterranean lighthouse. On the opposing shore at Lepetane, the lighthouse at Cape Opatavo flashes blue as the Kamenari lights flash red, bringing a surreal light show to the beach at night. A beach is also an ideal place for skinny-dipping at night because the bay is hidden from the road by thick bushy plants. But skinny-dippers beware—fishing boats seeking cuttlefish have a habit of lighting up the beach and underwater activities!