Petrovac, Montenegro
Petrovac is a Mediterranean medallion on the Montenegro coast. It has all three categories to be unique: architecture, climate, and vegetation. As part of the Budva Riviera, 19 km from the Queen of Montenegro tourism Budva (lookup) and 9 km from the island St Stefan (lookup), Petrovac is blessed with beaches, dense groves, cove Lučica, and plenty of places to dine and wine. 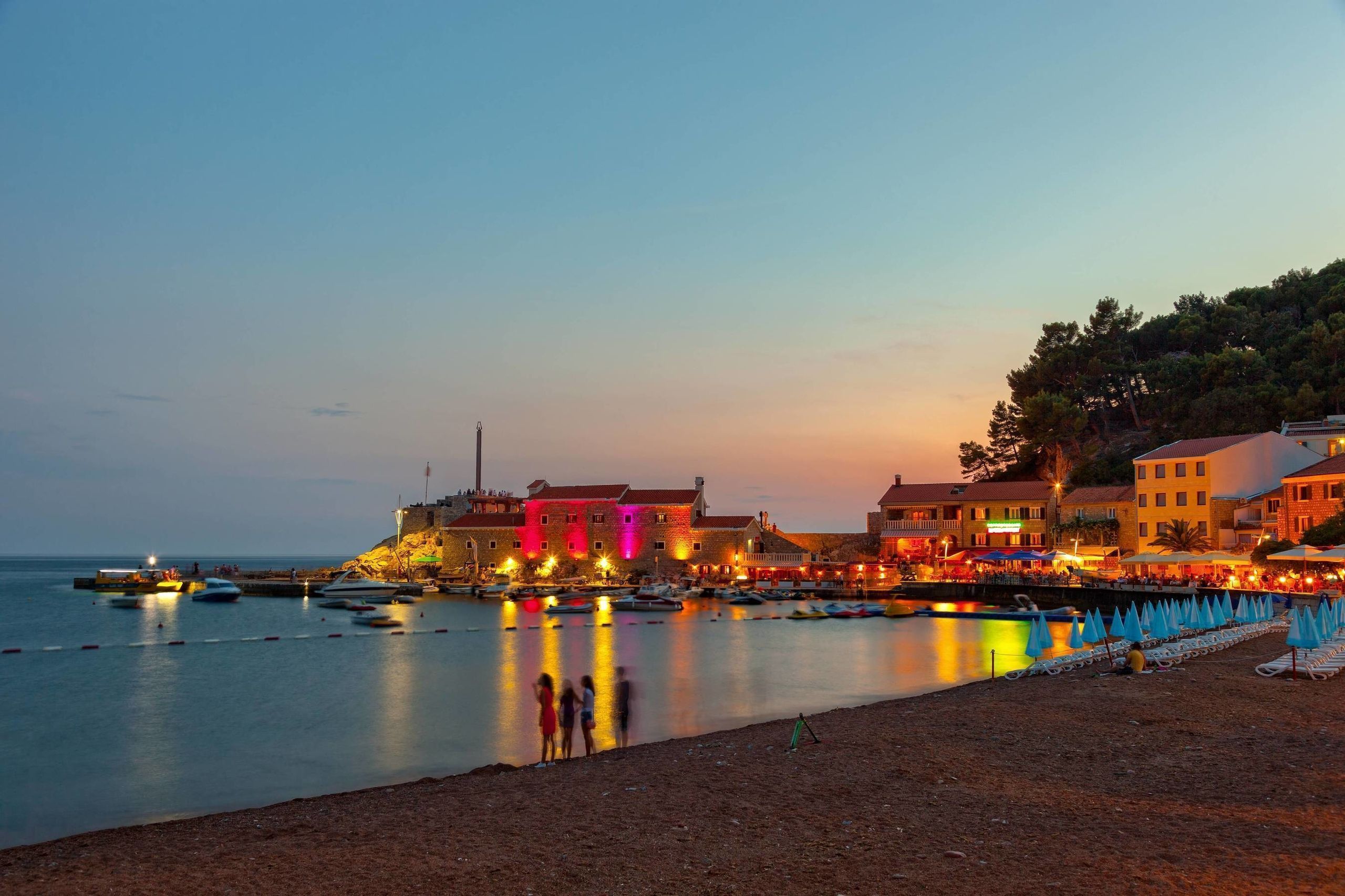 Petrovac is a Mediterranean medallion on the Montenegro coast. It has all three categories to be unique: architecture, climate, and vegetation. As part of the Budva Riviera, 19 km from the Queen of Montenegro tourism Budva (lookup) and 9 km from the island St Stefan (lookup), Petrovac is blessed with beaches, dense groves, cove Lučica, and plenty of places to dine and wine.

Petrovac is one of those places on the Montenegro coast with all the amenities of a holiday resort. It remained moderate size not growing uncontrollably to distort the beauty of its bay, large beach, and another nearby small cove, couple of rocky islands and dense groves all around it.

Surrounded by olive and pine trees the town dates far back into Roman times. Geometrically shaped mosaics from the 2nd century are located uphill near the church Sv. Ilija. Since the road to the Roman sights is not marked it is best to inquire locally.

In medieval times, the settlement existed under the name Lastva. The town started to expand after the Venetians built on the seafront a small fort that protected the sailing ships along this strip of coast. Gradually, next to the fort appeared storehouses for wine, olive oil, and salted fish brought from the surrounding area to the overseas market. At the beginning of the 19th century, the first houses erected and the new town adopted the name Kastel Lastva after the fort. The name changed in 1918 into Petrovac in memory of Serbian king Petar Karađorđevic when the town became part of the Kingdom of Yugoslavia.

The focus of life in Petrovac is its pine-shade promenade that stretches along the 600 m long beach, well known for its fine reddish sand. Amongst the row of modest stone houses lining the promenade, the one that stands out is the cultural center “Crvena komuna” (“Red Commune”). The name is in memory of the communist victory in the local elections in 1919. The promenade ends with a small Venetian fort, known by the locals as Kastelo and recently turned into an attractive nightclub. On the prominent position next to the fort stands the tall monument resembling a lighthouse and is dedicated to the Paštovići heroes in World War 2.

The Paštrović clan in the past was the largest and most important one in the Bay of Kotor (Boka Kotorska). The borderline of the bay once included what today is Budva Riviera. Some Paštrovićs were noblemen in service of Serbian Emperor Dušan.

In the 15th century, twelve Paštrovići families united into one clan. In 1422, they decided to accept Venetian supremacy and to wage war against the Turks with Kotor but under one condition. The Republic had to guarantee their trading rights and wide autonomy in dealing among themselves. This meant above all that the clan had its own court. The court was made of 4 judges and 12 nobles elected for a one-year term on Vidovdan 28th of June. On this date, 1389 Serbia lost its kingdom at the Battle of Kosovo against the Ottomans. In dealing with civic disputes, the court used the Code of Emperor Dušan and common law.

The courts initially convened at Drobni pjasak beach (a beautiful small sandy beach with a drinking water spring flowing through even in the middle of summer!). Later they assembled on the island Sveti Stefan and Praskvica monastery, (look up Budva, Montenegro). Even though the Paštrovići were stripped of their rights, first by the French and later by the Austrians, the court traditionally continued to meet until 1926.  In 1999, it was renewed and again resides every Jun on Vidovdan. The town today has other attractive summer events out of which Petrovac Night is most known among the tourists.

In the middle of Pertovac cove stand two small islands like large riffs. The one on the left is Katić. The small stone one is Sveta Neđelja, called after the church built by local sailors and dedicated to the Virgin Mary, their protector.

The two town churches Sv. Ilija and Sv. Toma is from the 15th century. The latter is the sight of a legendary heroic act of a priest Rade Andrović. This historic story dates back to 1785 when Kara Muhamed Bushati, a Turkish pasha from Shkoder looted and burned the whole of Paštrovići although he promised not to do so. The priest Andrović decided to take revenge and kill the Turkish villain. While seemingly unarmed he went into the pasha's tent where he took out his concealed gun, but purely by chance it did not fire and Andrović died to no avail. 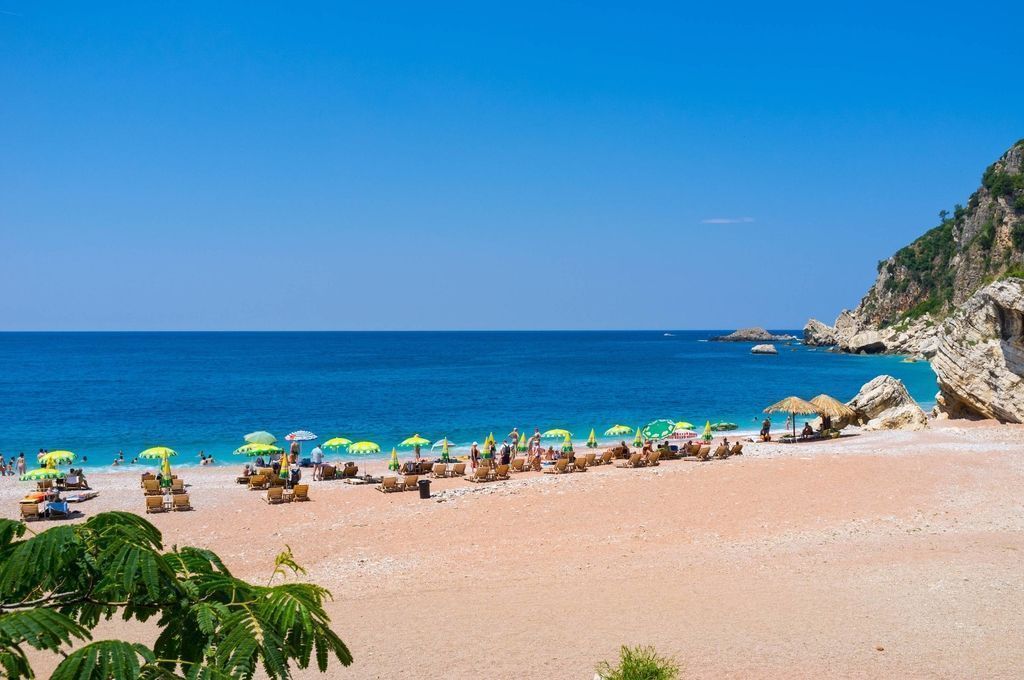 Only 2.5 km from Petrovac on the main road towards Bar is the monastery Gardište (look up Buljarice, Montenegro). Tradition holds that it was founded in the 12th century but the first written proof of its existence is from 1307 when Serbian king Milutin mentioned it in one of his chapters. Looted several times by the Turks the monastery managed to live through a small artistic renaissance in the 16th century when many prominent artists worked here. After the 1979 earthquake, it fell into decay and renovated only a few years ago. 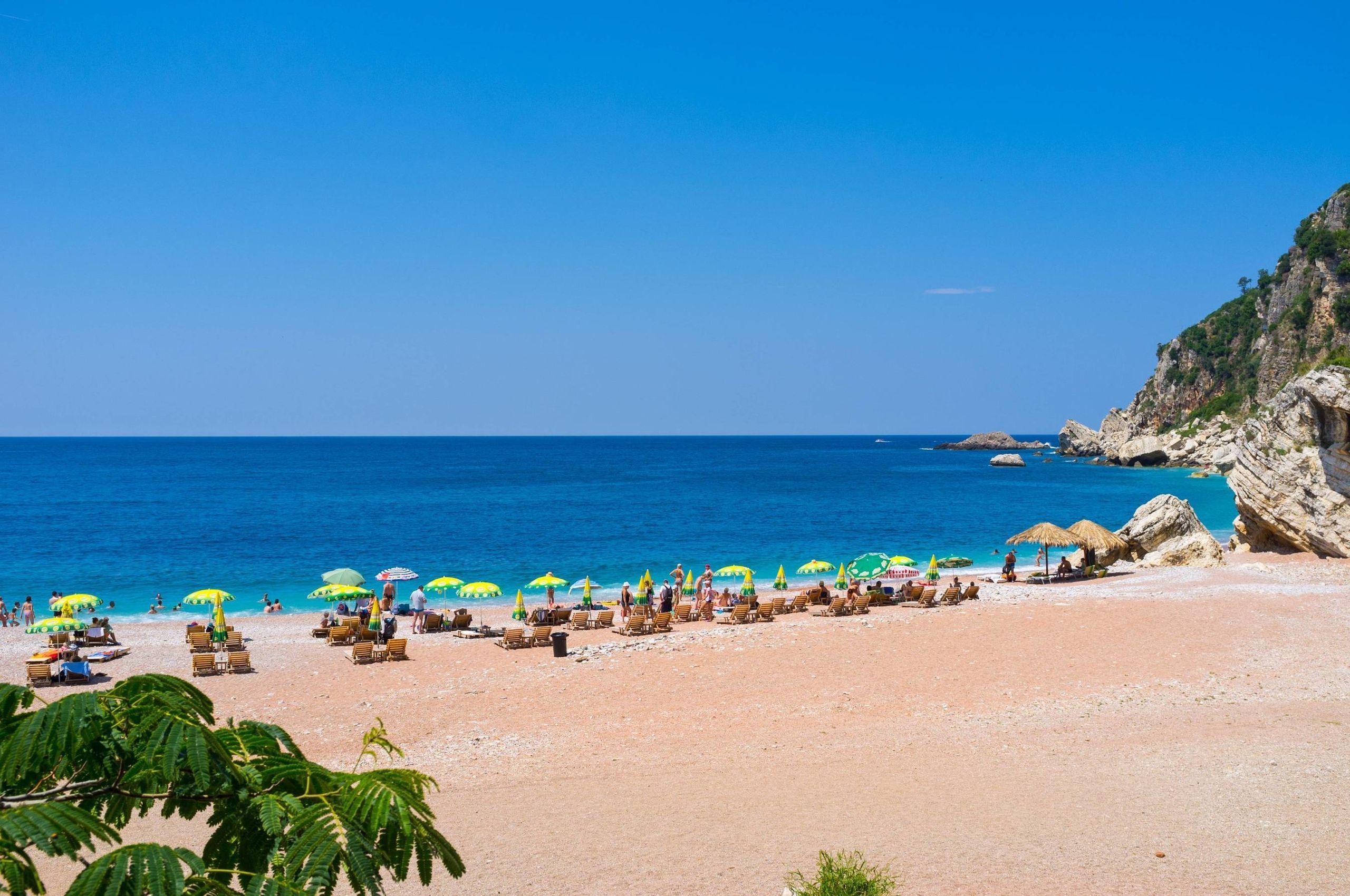