Durmitor National Park has many natural wonders that amazing tens of thousands of visitors every year. However, one of the less-traveled locations seems to offer relaxing opportunities for modern travelers – Lake Plav! 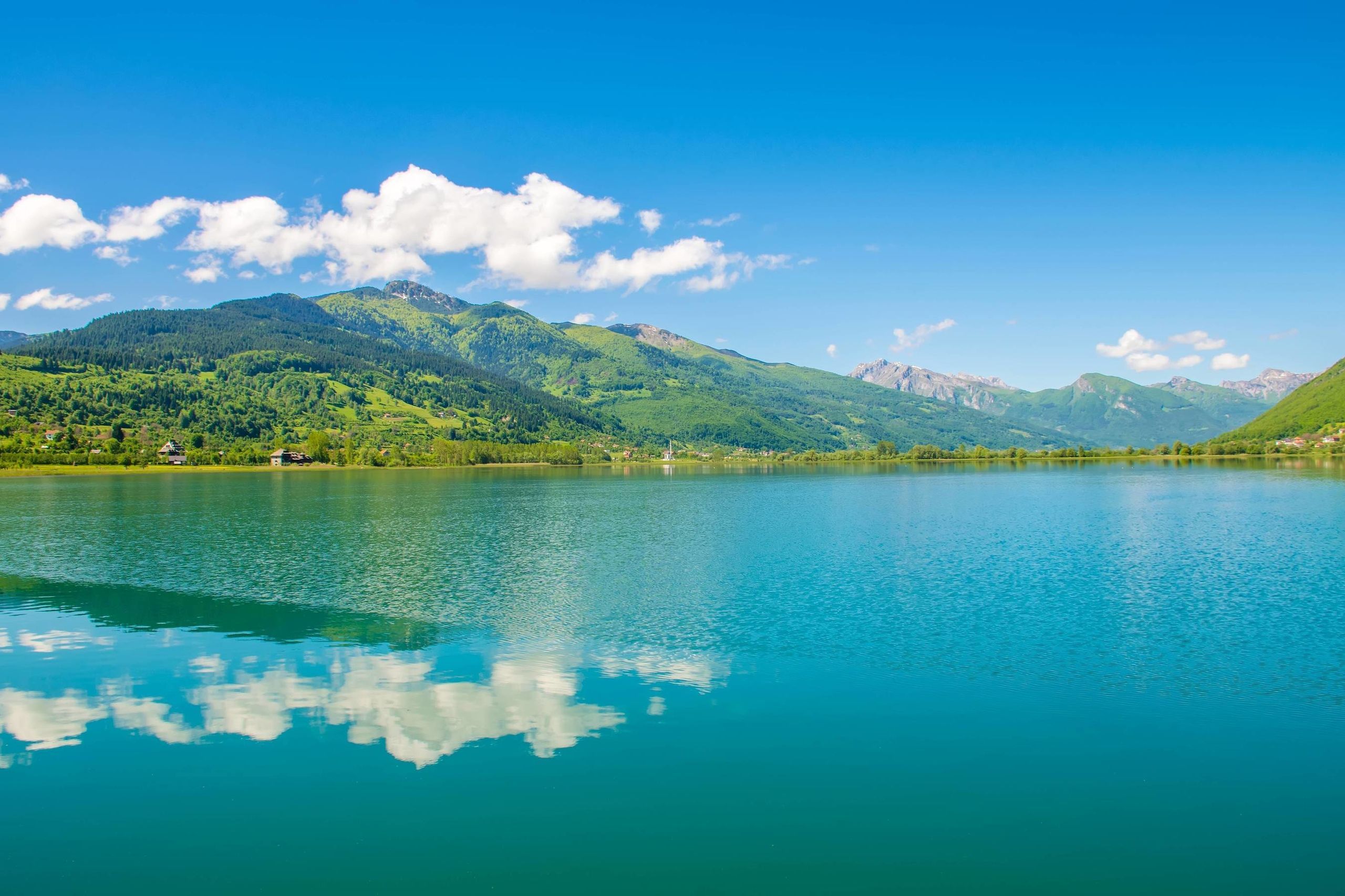 Durmitor  National Park has many natural wonders that amazing tens of thousands of visitors every year. However, one of the less-traveled locations seems to offer relaxing opportunities for modern travelers – Lake  Plav!

Lake Plav is the largest and most beautiful lake in the Plav region of Montenegro.  The lake itself rests among mountains and even purports to have whirlpools!

In the southern part of Montenegro Lake Sar and Lake, Skadar draws a lot of attention, and in the northwest, we have Black Lake which together with the other lakes in the Durmitor National Park region forms a series of natural wonders that are quickly becoming prime spots of vacation homes and a more relaxing atmosphere for vacationers that visit the area.

The town of Plav rests on the banks of Lake Plav.  The lake itself is a testament to Montenegro’s rich natural heritage and recent efforts to restore sections of Lake Plav are underway in accordance with Montenegro’s recognition as the world’s first “ecological” country.
The whole Plav region nestles at the foot of the towering Prokletije mountain range which during the winter stuns the occasional traveler as the gaze upon the reflection of the snow-topped mountains on Lake Plav, which stretches its waters from north to south for over 2 kilometers (nearly a mile).

Lake Plav is the second largest and the most beautiful glacial lake in all of the former Yugoslavia, resting at an altitude of 920 meters (3000+ feet) above sea level. The area around Lake Plav is ideal for hiking and mountain biking, and the lake itself is only one of a large number of mountain lakes and bikers and hikers can visit, whether it be for a quick swim or a relaxing picnic.  The most beautiful of the nearby lakes when venturing from the Lake Plav area are called "Hridsko" and "Visitorsko", one of which has a natural floating island!

The geology of Lake Plav and the surrounding lakes, streams, and rock formations is extremely interesting and makes for some unexpected results.  The Plav Lake area is full of limestone (Karst) caverns and as such, there are many dozens of known (and unknown!) springs where water gushes forth from the earth.

Ali-Pasha’s Springs - The most beautiful and internationally well-known group of Springs in the Lake Plav area is called "Ali-Pasha's Springs".  Nearby, mountain paths lead towards some of the highest peaks in Montenegro.

When considering Montenegrin history, it comes as no surprise that these internationally-minded people have branched out and settled in many places around the globe, especially in the USA. Every year on the 2nd of August a local gathering is traditionally organized at Ali-Pasha's Springs, and surprisingly, a large number of Montenegrin émigrés who live across the globe travel to Montenegro to attend!  Many of these springs are known for their restorative powers, and it’s a relief to know that the restorative powers of Ali-Pasha’s springs help bring together Montenegrins both near and far!