Virpazar is an interesting stopping-off point in Montenegro for a number of reasons.  Nearly 1300 people live in this sleepy little city, which lies on the northern tip of the large Lake Skadar (Skadarsko Jezero).

Lake Skadar is a National Park unto itself, and because Virpazar is the largest town on the lake and easily accessible from the country’s capital, Podgorica, it may be a safe place to base your excursions in the area.  To the south of Virpazar, many houses dot the sides of the mountains that surround Lake Skadar, and each is distinct in that it has a single grape vine climbing up its front wall.  Locals in the area of Virpazar use grapes harvested from these vines to make the local brandy, called Rakija.  A small stone bridge and a fountain that provides cool water to travelers are really the only distinguishing landmarks in Virpazar, other than it’s location along the shores of a beautiful lake and National Park, Lake Skadar.

After traveling to Lake Skadar (Skadarsko Jezero among locals), it becomes apparent why the lake and surrounding areas were designated as a National Park in 1983.  About two-thirds of the lake rest in Montenegro (the south part of the lake is in Albania) and because of it’s large size, over 270 different species of birds make Lake Skadar their migratory home, including some of Europe’s last Pelican species.  Arguably, Lake Skadar is the largest bird reserve in Europe, making this the continent’s top destination for birders and their binoculars.  The waters of the lake are teaming with what birds and humans like to eat – fish! Fifty (50) species of fish live in the lake, including carp, bleak and eel.  The lake is surrounded by sand dunes, tall stands of trees, and wetlands. Wildlife and plants abound around Lake Skadar, and at certain times of the year, vast floating beds of water chestnuts can be seen on top of the lake, gently plied by its many species of birds.

Grmozur Island in Lake Skadar looks like an ancient Montenegrin version of Alcatraz with a broken stone prison perched on its banks.  Today, the island is used as a bird sanctuary and popular stopping point for travelers who travel by boat to take pictures of the island in it’s dramatic setting among Lake Skadar’s waters. 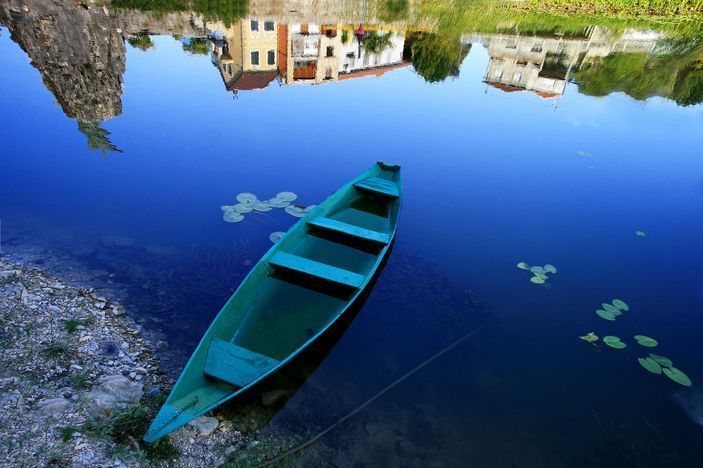 Local residents still undertake limited amounts of fishing, especially for carp and eel which find their way into many of the local dishes near Lake Skadar (Skadarsko Jezero).  The last real fishing village of sorts on Lake Skadar is Vranjina, a sleepy little town where local fisherman are still seen fishing from the bridges that cross the fringes of the lake.

Access to Lake Skadar can be undertaken in a number of ways – the Montenegrin capital of Podgorica would be the first and best choice for accessing the lake, although revelers along Montenegro’s coast can access the lake by crossing the costal mountains in a number of places.  To reach the lake from Podgorica, take the Podgorica-Bar highway in the direction of the coast. Travel agents in Podgorica offer one-day trips to Lake Skadar, including a boat ride and a lunch at the fisherman’s village on it’s far banks. 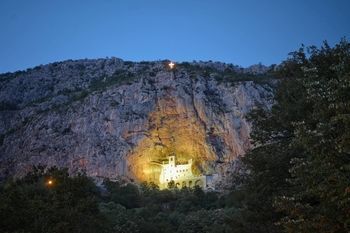