Radovići, Montenegro
Sitting on the Boka Kotorska Bay, Radovići is one of few villages that have two seascapes, one on the open sea and one on the Bay. Apart from its beautiful sandy coves at Pržno and Oblatno, Radovići is inseparable from Krtoli, which has a view of three islands, and the Sv. Gospodja Cathedral. 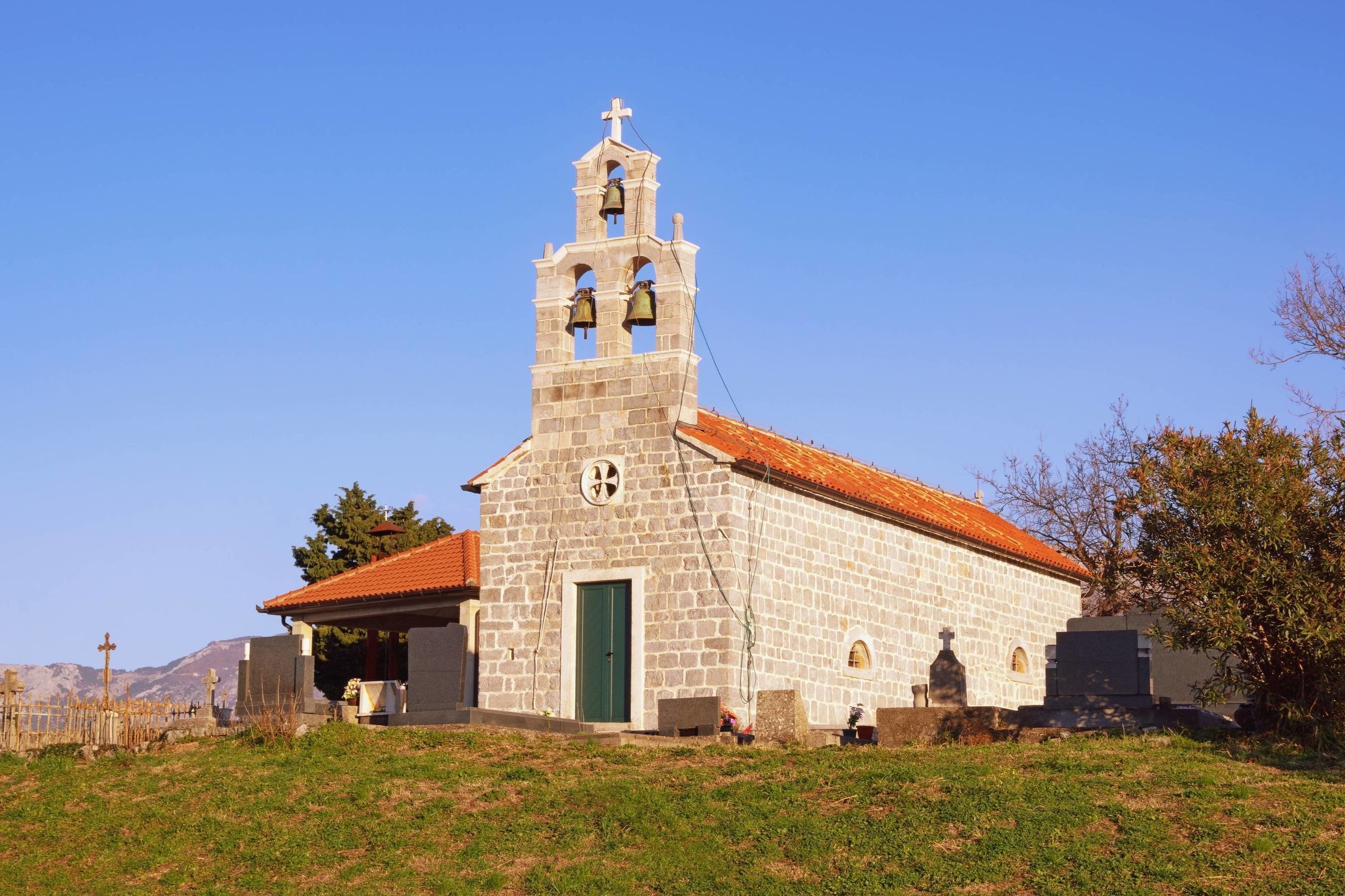 Sitting on the Boka Kotorska Bay, Radovići is one of few villages that have two seascapes, one on the open sea and one on the Bay.  Apart from its beautiful sandy coves at Pržno and Oblatno, Radovići is inseparable from Krtoli, which has a view of three islands, and the Sv. Gospodja Cathedral.

Getting to Radovići is as easy as taking the main road from Tivat—you simply pass the airport building and turn left at the first intersection. If you accidentally make the right turn, you’ll end up in Kotor.

The road to Radovići is very picturesque. The road begins on a plain that is home to many different bird species, followed by a steep view of the salt evaporation ponds as you begin to climb uphill. You’ll also see the beautiful blue and white waters of the shallow part of Boka Kotorska Bay. Near the end of your 15-minute journey, you will see three islands appear near Krtoli in Tivat Bay— Ostrvo cvijeća (Miholjska prevlaka), Sv. Marko and Gospa od Milosti. These islands are not only beautiful but each has its own rich and unique history.

Finally, you will reach your destination: Radovići—you will know the village by its two distinct and beautiful seascapes.

Radovići is the largest and most central village in the Krtoli region on the Luštica peninsula in the Boka Kotorska Bay. Although this was once a quiet coastal village, Radovići has grown into a tourism center and now has a new school, green market, fire station, clinic, and post office.

At the central square, the Church of Sv. Gospodja dominates the architectural landscape and has done so since 1843. This church features a rare clock tower as opposed to a bell tower and is decorated within by painted icons.

Nearby, visitors will see the Church of Sv. Spasa built-in 1796. The cemetery in the churchyard is from the same period as the church and many of the crypts are architecturally interesting in their own right.

Despite its architectural wonders, Radovići is today best known for its beaches. Perhaps the best in Boka Kotorska Bay is the Pržno beach, known to locals as Plavi Horizonti—the name actually refers to the hotel that faces the cove. It is easy to get to both the beach and the hotel by car, but most prefer to walk along the beach and take in the extreme Mediterranean scenery.

Plavi Horizonti is just one of several coves in the Trašte Bay. The coast of the Luštica Peninsula from this perspective, facing the open sea is set thickly with bays and coves of all sizes. Some, like Plavi Horizonti, are very busy while the others are well hidden and less frequented.

The horseshoe-shaped cove is set between two hills and features a beautiful beach surrounded by rocky edges, and cypress and pine trees, and a backdrop. Plavi Horizonti is perfect for family vacations. The fine sandy beach that descends gradually into the sea is like a big sand box for children. In addition, while the youngsters make castles and tunnels out of the sand, the older children—accompanied by parents—can explore the rest of the cove. 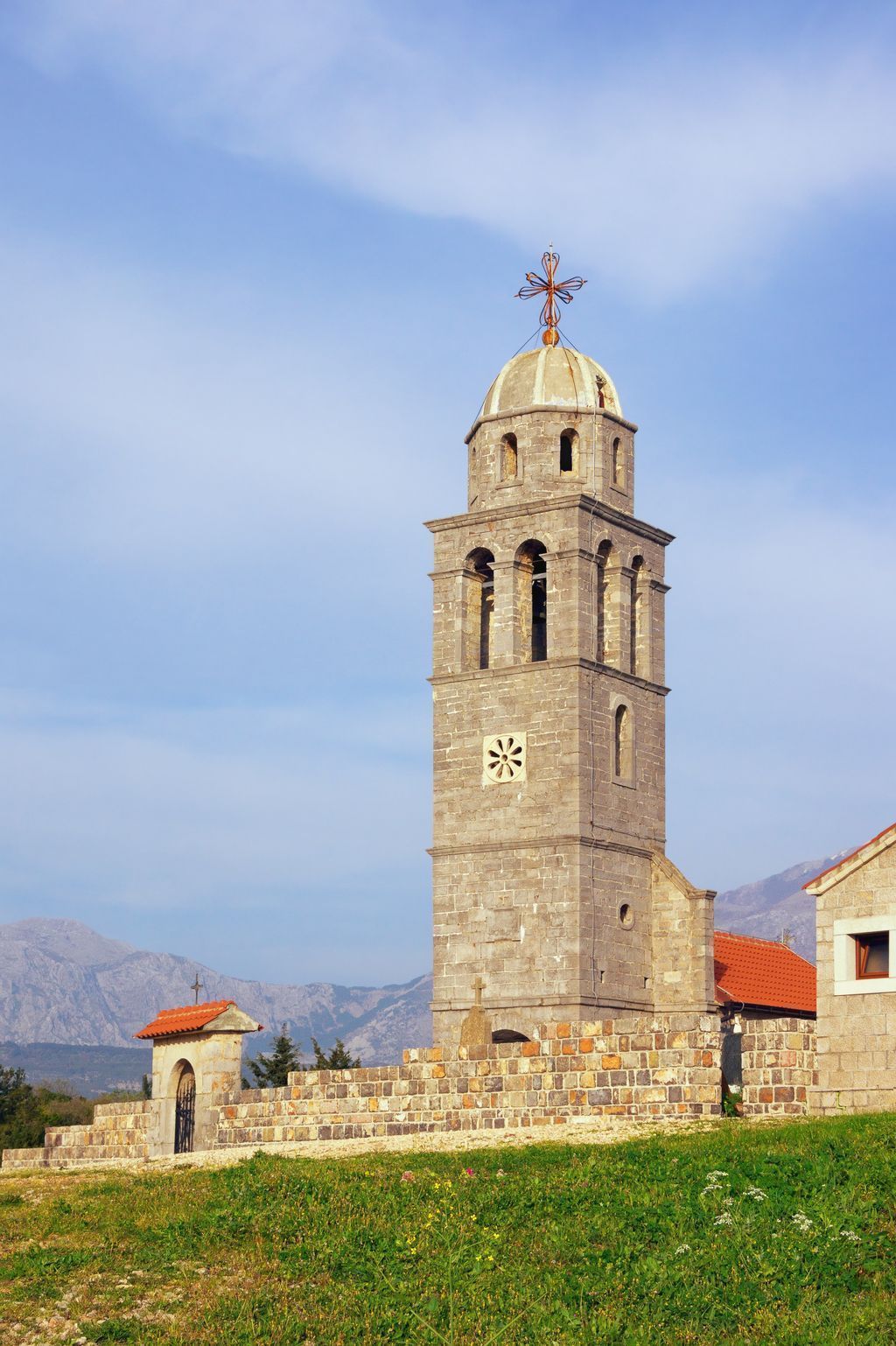 From the beach, a path leads through a forest of olive trees, magnolia trees, and laurel trees right up to the edge of the cove. Every so often there are openings in the rocky border leading down onto the rocks. These private little rocky beaches are perfect for those who enjoy private time away from the bustling crowds.

The underwater crags in these areas are full of sea life—crabs, miniature octopi, fish of all sizes and colors and rare seashells like the Thais hematostoma (shell the Phoenicians used to make Tyrian purple dye) can all be found here. However, tourists beware. Sea urchins also call these underwater crags their home and an encounter with them can be both painful and dangerous.

If you’re interested in venturing away from Radovići, Bigovo Bay is just down the main road on the peninsula—this sandy beach can be found at Oblatno cove. Or, you can travel the same road to get to the rocky beach at Dobra luka.

The bays around Radovići have much to share with locals and tourists alike, such as the Apostolic Archipelago in the Tivat Bay. If you’re interested in reading more about these fascinations, read up on Krtoli. 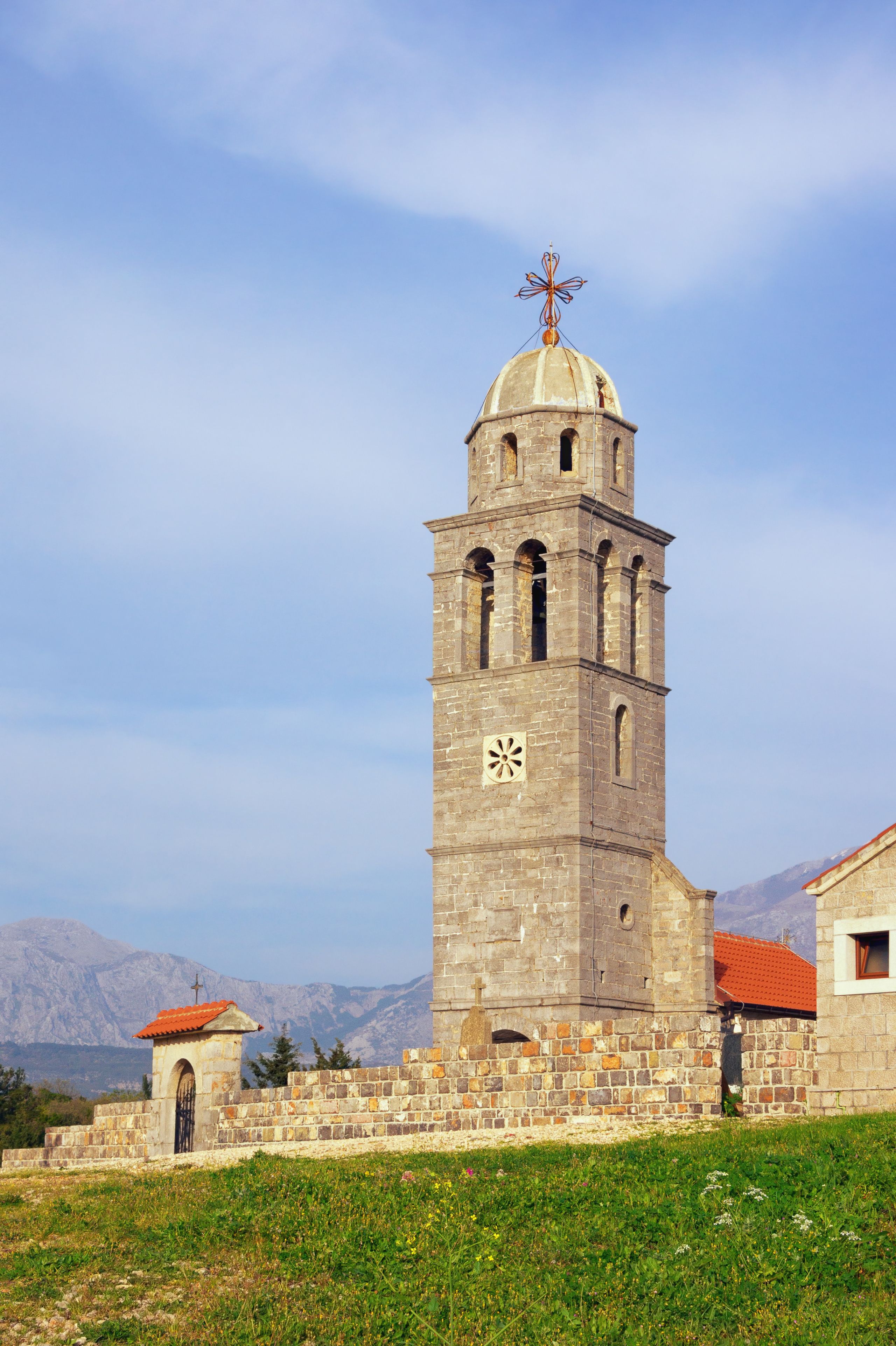